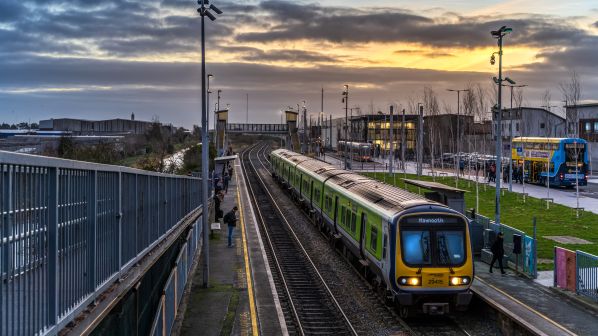 The transaction would take the form of either a lease with a minimum term of seven years or an outright purchase by the NTA, which is the Contracting Authority, or by IE.

The trains will operate in three or four-car formations and must be available for delivery by February 28 2020.

The trains would need to be regauged to operate on Ireland’s 1600mm-gauge network before delivery.

The restrictive Irish loading gauge means the trains are likely to come from Britain, where the procurement of new fleets is releasing relatively modern rolling stock.

A possible contender is the fleet of class 185 DMUs owned by Eversholt Rail Group and used by British operator TransPennine Express (TPE). Siemens delivered 51 of these 160km/h three-car trains in 2005-2006. At least 22 class 185s will go off-lease in the coming months as new CAF and Hitachi trains enter service with TPE.

IE is struggling to cope with rapidly-increasing ridership, which led to a fleet capacity shortfall. Last month IE CEO Mr Jim Meade warned overcrowding will not be alleviated until new bi-mode trains are delivered in 2021.