ARRIVA Rail North (Northern) officially unveiled the first two new trains being introduced under its £500m modernisation programme at an event in Liverpool on October 4. 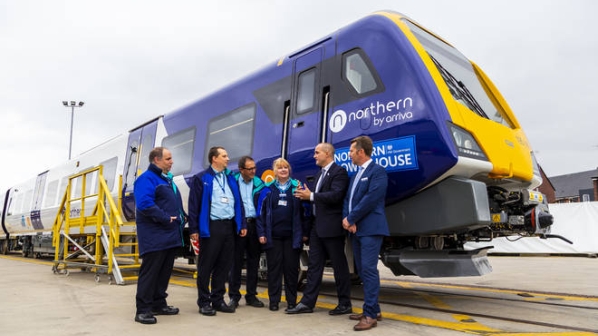 The class 195 DMU and class 331 EMU, which arrived in Britain last month and have been undergoing mainline testing between Warrington and Carnforth, were unveiled by Northern managing director, Mr David Brown, and Northern Powerhouse minister, Mr Jake Berry, at Alstom’s Edge Hill depot. The launch was supported by CAF, which manufactured the trains in Spain, and the fleet’s owner, leasing company Eversholt Rail.

The first new train is due to enter service on the Chester - Leeds route by the end of the year, with the new fleet equipped with features such as free Wi-Fi, air conditioning, at-seat power sockets and seat reservation systems.

“Over the next few months we will see these brand new, state-of-the-art trains start replace the out-dated Pacer trains, providing more seats and better journeys for passengers across the Northern Powerhouse,” Berry says.

Last month, Northern launched its first fully refurbished train, a class 158, which includes many of the same features as the new trains and will be the blueprint for the refurbishment of the rest of the Northern fleet.