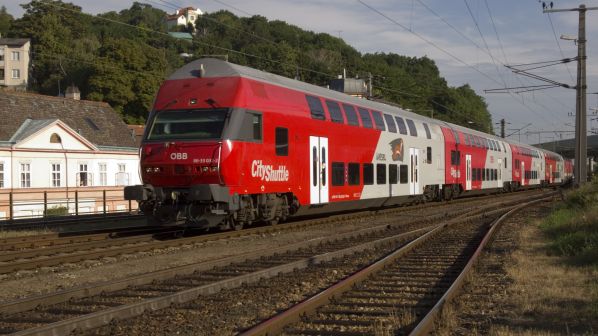 The tender also asks for two different speed variants, either 160 km/h or 200 km/h. There are also options for 30 years maintenance and to supply additional coaches to increase the length of the shorter EMUs at a later date.

The framework contract would be valid for 10 years and the deadline for bids for the tender is May 31 2019.

The new EMUs will replace the existing fleet of double-deck push-pull sets in service with ÖBB and City Airport Train (CAT), which is an ÖBB subsidiary. The five 135m EMUs will probably be used by CAT, with its sets suffering from corrosion problems.

The new 160m EMUs will also offer more capacity than the five-car locomotive-hauled push-pull sets in use at present.

ÖBB Passenger also published a tender for 17 200km/h second-hand double-deck EMUs in March. This was shortly after German Rail (DB) announced a similar tender in light of rumours that Westbahn was set to cascade its fleet of double-deck Kiss EMUs.

ÖBB has since confirmed that it is no longer pursuing these plans.