IRJ at InnoTrans 2018: Pesa CEO Mr Krzysztof Sędzikowski, who has been in post since early 2018, confirmed at InnoTrans this week that the planned transaction with Polish state investment fund Polski Fundusz Rozwoju (PFR) will be completed “within days, or at worst weeks”. 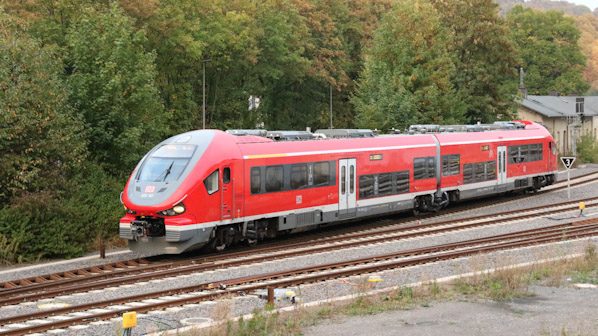 Sędzikowski said that the re-financed Pesa will in future focus on “profitable contracts” in its key market areas of trams, trains and locomotives, especially in the Polish, German, Italian and central and eastern European markets.
The funding package being put in place by PFR and Pesa’s existing banks will give PFR a controlling stake in the company according to PFR vice president Mr Marcin Piasecki who also outlined his institutions approach to Pesa in a short presentation.
PFR, which has funds under management of Zlotys 6bn, invests in infrastructure projects and major companies on behalf of the Polish state. Piasecki outlined the financing package for Pesa, which was signed in July and led to an immediate investment by PFR of up to Zlotys 200m in the firm in both cash and debt guarantees.
The financing package involving existing banks and insurance companies, completion of which is anticipated in the near future will involve a further investment of Zlotys 100m.
Breakeven next year
Sędzikowski stated that Pesa is on track to break even by 2019 and that the immediate liquidity problems encountered by the company earlier in 2018 had now passed, thanks to “deep restructuring” and a renewed focus on controlling big projects; especially the orders from DB Regio for Link DMUs.
He revealed that the company’s financial problems earlier in 2018 could have led to bankruptcy without the action taken to control costs and find new financial investors.
Both Pesa and PFR have been involved in high level discussions with DB to agree new delivery schedules for the three fleets of Link trains on order.
Pesa has now delivered 16 of the 20 two-car class 632 Link DMUs to DB for the first of the three contracts and all 20 will be in service by October.
The two car version of the Link received approval for use in service in Germany from the Federal Railway Authority (EBA) in late May and entered service with DB Regio-operated Sauerlandnetz services south and east of Dortmund in July.
Sędzikowski stated that the three-car class 633 variant will be in service from March 2019, adding that the EBA authorisation process is now nearly complete. He also revealed that DB has been in discussions at CEO level during InnoTrans concerning future projects involving Pesa – which would cover more than just diesel-powered regional trains.
It was also revealed that DB has assisted Pesa’s liquidity position by agreeing to fund some key components supplied by third party manufacturers for the Link fleet directly. Following EBA approval for the class 632 fleet, DB paid for the new trains up to 24 weeks before contractual payment deadlines.