WARSAW commuter rail operator SKM has cancelled a contract with Pesa, Poland, for 13 EMUs due to Pesa’s failure to meet the delivery schedule for the trains. 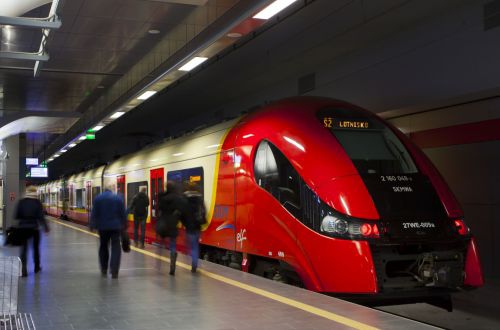 “The deadline for vehicle delivery was one of the most important criteria for assessing offers in terms of obtaining EU funding,” SKM says. “Due to the size of the project and the amount of funding, it is subject to direct supervision and control by the European Commission (EC).”

Pesa was contracted to delivery 10 of the 13 trains by the end of 2019. SKM says the contract stipulates that SKM can withdraw from the contract in whole or in part if delivery of the trains is more than 30 days late. “At present, Pesa has delays in the delivery of the first vehicle of 87 days, 56 days for the second, and 25 days the third vehicle,” says SKM.

SKM says it is entitled to a penalty payment of 20% for failure to deliver the trains on time and says it cannot waive the contractual penalties as this would violate the provisions of the Public Procurement Law.

As the project is partly funded by the European Union (EU), SKM faced the prospect of EU funds amounting to 25% of the contract value and equating to Zlotys 100m ($US 26m) being withheld due to Pesa’s failure to delivery the trains on time, and having to refund a further Zlotys 20m to the EU.

“In this situation, the SKM management board had to consider primarily the potential financial losses to the company,” SKM says. “We would like to emphasise that the decision to withdraw from the contract was preceded by numerous actions to achieve the most optimal solution to this situation for both parties.”

SKM says it is currently analysing the best options for conducting a public procurement for the supply of new trains.