The standard-gauge EMD locomotives will be manufactured in the United States. 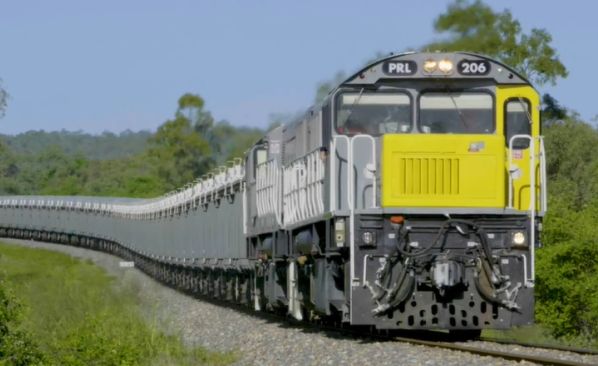 AUSTRALIAN logistics provider Qube has announced the purchase of 12 GT46C-ACe locomotives from Progress Rail, which will be used to expand its fleet used on intermodal and bulk services on Australia’s standard-gauge network.

The company says the EMD 3.4MW Co-Co locomotives, which will all be delivered in the third quarter of 2023, will be used on Qube’s new intermodal service between Melbourne and Sydney which launched in November, initially providing three weekly round trips. This is the first interstate service to be handled under automation at Qube’s Moorebank Imex Terminal in Sydney.

“These 12 new locomotives will further strengthen our ability to provide Qube customers with an efficient and regular rail service between Australia two most populous state capitals, for which we expect to see growing demand,” says Mr John Digney, Qube’s director of logistics and infrastructure.

Qube previously acquired 12 GE-powered C44aci units from Australian manufacturer UGL for use on heavy steel traffic on the Melbourne - Sydney corridor and has a further eight similar units on order for delivery in 2023.

“Since 2021, Qube has invested significantly in its rail business and is growing its locomotive fleet by 32, enabling the efficient and reliable movement of freight via rail which has the added benefit of reducing CO2 emissions,” Digney added. The new EMD locomotives will comply with Tier 3 emissions standards.