Siemens to supply 109 high-floor LRVs for Rheinbahn and Duisburg 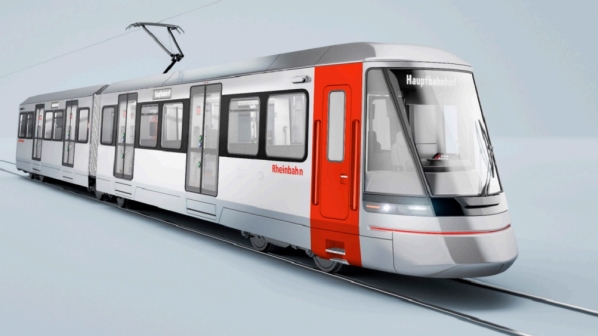 Rheinbahn will take 91 vehicles, worth €340m, while DVG has ordered 18 LRVs for €55m. If the award is not challenged by any of the unsuccessful applicants, the contract is due to be signed on October 12.

The vehicles, which have been dubbed type HFx by Rheinbahn, will be delivered between 2025 and 2027. The contract includes an option for an additional 42 LRVs, as well as spare parts over 24 years. The new LRVs will replace the type B80-Alu trams, some of which have been operating on the DVG network since 1983.

The joint tender has allowed both operators to benefit from economy of scale, which reduced the overall vehicle price and will also reduce the cost of maintenance and spare parts. The vehicles will also be able to operate in multiple across both networks.

The vehicles are 28m-long and 2.65m-wide, with seating for 178 passengers, and also include spaces for wheelchairs, bicycles, and pushchairs. Special devices will also be installed to allow deaf passengers to hear announcements.

Travel information and infotainment will be provided on screens mounted on the ceiling, which will also feature Wi-Fi and air-conditioning. The lighting will be bright in the area around the doors, while the seating areas will have diffused lighting. Each LRV will have eight doors for passengers and two for the drivers.

To improve safety, the LRVs will be equipped with a driver assistance system that will act as an electronic collision warning system and is able to force an emergency stop.