STADLER presented its prototype Flirt Akku battery-electric multiple units on October 25, when the train completed a trip from Stadler’s plant in Berlin-Pankow to Schildow in Brandenburg without an external power supply. 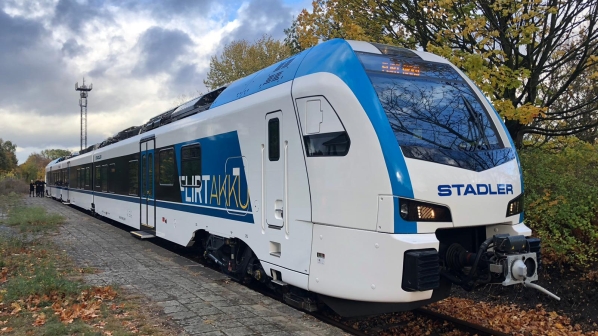 Stadler says the trip represents a major step for the company in the field of alternative drives, and meets growing demand for green technology. The Flirt Akku is based on the standard Flirt EMU with the traction equipment and mechanical components largely retained, albeit with a redesigned powertrain and battery drive.

Stadler says the Flirt Akku is suited for operation on routes currently used DMUs, and noise emissions are considerably lower than those of comparable diesel trains. The three-car prototype Flirt Akku accommodates 310 passengers, 154 of them seated. 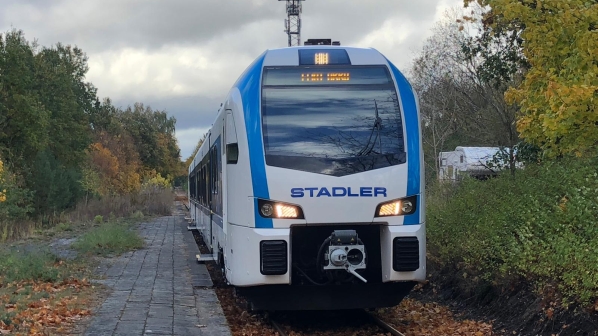 The prototype is authorised for passenger operation and will begin operating on selected routes in 2019. Stadler says it sees market opportunities for the Flirt Akku in Germany, Austria, Britain, the Netherlands, Italy and other countries with significant non-electrified mileage.

The Flirt Akku was developed in-house by Stadler with the aid of €2m in funding from the German Federal Ministry of Economics and Technology.