German Palatinate contract is the second battery fleet order in Germany for the Swiss manufacturer. 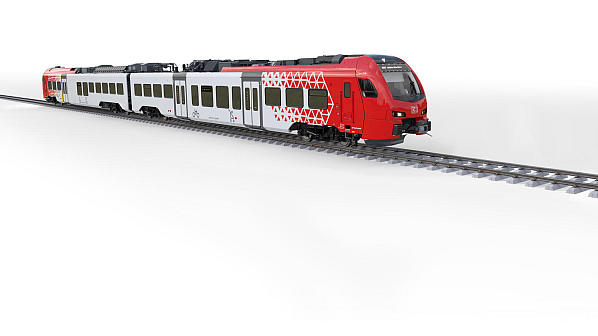 The 55m-long trains will have capacity for 325 passengers, of which 172 will be seated. There will be 16 first class seats, 153 standard class seats and three tip seats.

The trains will be EMUs from the Swiss company’s Flirt range, but with a battery fitted for operation on non-electrified lines. Stadler says the operational range of the battery is 80km. After the completion of partial electrification on the Palatinate network, the longest non-electrified section is expected to be around 48km.

The trains will replace diesel trains on the following routes from December 2025:

From December 2026, the Stadler BEMUs will operate on the following routes:

This is the second contract Stadler has won to supply BEMUs to Germany, the first was for 55 Flirts in 2019 for Schleswig-Holstein transport authority NAH.SH.