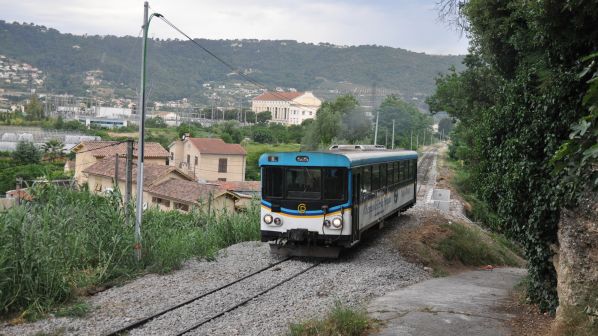 THE Sud region of France, formerly known as Provence-Alpes-Côte d’Azur, has called tenders for the supply of hybrid trains to operate on the 1000mm gauge Provence Railways (CP) network.

There will be a firm order for eight diesel/battery multiple-units, and a charging station to be installed at the CP terminus in Nice.

There will be options for two further vehicles and an additional single vehicle. Tenders close on July 26 2023.

The new hybrid fleet is intended to replace older vehicles in CP’s all-diesel fleet, including railcars produced by French manufacturers CFD and Soulé between 1971 and 1984.

CP awarded Arterail of Lille a contract to refurbish these vehicles, but the work never took place.

In 2015-16 CP acquired eight two-car DMUs manufactured by CAF between 1995 and 2002, which were rendered surplus by the electrification of Spain’s Mallorca Rail Services (SFM) network.

CP operates four return services a day on its 151km route from Nice to Digne-les-Bains, as well as more intensive commuter services from Nice to Colomars-La Manda and Plan du Var-Vésubie.

The railway carries a total of 450,000 passengers a year.