Operator plans to restart the process once the Russian war is over. 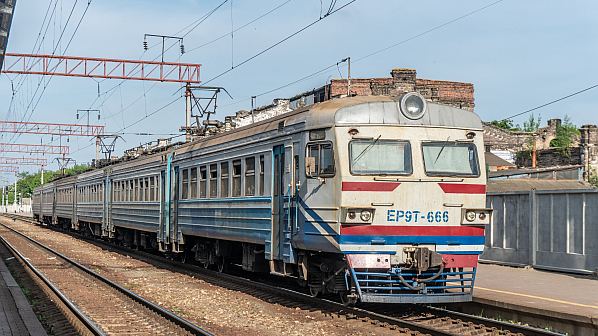 UKRAINIAN Railways (UZ) has cancelled a Hryvnia 31.4bn ($US 1.18bn) tender for a fleet of 80 suburban and regional trains launched last year. UZ said that the tender will resume at an increased pace following the end of hostilities in the country.

The tender was launched in October, with the aim of ordering 30 25kV ac electric trains, 30 3kV dc suburban trains and 20 25kV ac regional trains for delivery in 2026. The deadline for submissions has been extended several times, with UZ stating in October that this was due to the active interest of potential bidders, requests from the bidders for additional time to prepare tender documents and price proposals, and the desire of UZ to provide comprehensive answers to questions from bidders.

UZ said in a statement on March 10 that the Russian invasion of Ukraine has shown how critical railway infrastructure is to the country’s functioning.

The operator had said that more than 90% of its suburban electric fleet is life-expired. As part of a cooperation by UZ with German Rail (DB), DB Regio participated in reviewing the technical specifications for the new fleet.