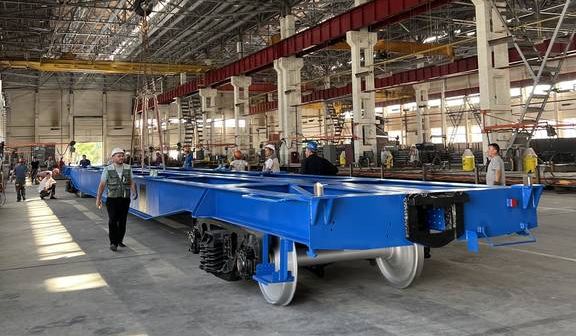 ORIENT Metal, a subsidiary of Orient Group, Uzbekistan, has announced it plans to enter the rail market and will begin production of container wagons. The company plans to establish production facilities in the Yashnabad district of Tashkent, with capacity to manufacture up to 200 wagons a year.

Each wagon can carry two 40ft or four 20ft containers. Prototypes will undergo testing in July and August and are expected to complete preliminary acceptance and certification tests and obtain certification by the third quarter of 2022.

“We decided to expand our production activities because we see quite high demand from major customers,” says Mr Dilshod Shukurov, managing director of the metallurgy business at Orient Group. “Uzbekistan Railways has a demand of up to 200 units per year. In addition, partners from the European Union and Commonwealth of Independent States, as well as UzAuto Motors, a Chevrolet car production plant in Uzbekistan, have been interested in the project.”

Orient Metal has not previously produced rolling stock before. The company usually supplies steel structures, including for the Tashkent metro, as well as sleepers, electrification consoles and other items for Uzbekistan Railways.