UNITED States’ rail freight traffic fell by 4.4% during the first 10 months of 2019 to 22.81 million wagonloads and intermodal units compared with the same period of 2018. 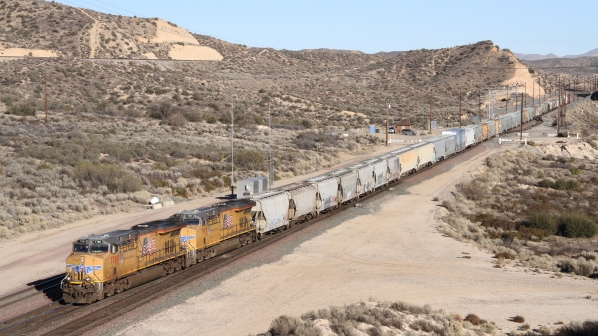 “Unfortunately, those are precisely what drive much of the freight carried by US railroads, and their weakness goes a long way in explaining why rail traffic is down right now,” Gray continues. “Railroads are hopeful that policymakers here and abroad will take sensible actions aimed at accelerating growth and removing the uncertainty that’s constraining many economic sectors.”

What Gray carefully refers to as “trade developments” are actually tariffs imposed by the Trump Administration on countries like Mexico, China and Canada, many industry observers note. Indeed, the AAR itself strongly points that “42% of rail wagonloads and intermodal units and 35% of annual rail revenue are directly associated with international trade. About 50,000 rail jobs, worth over $US 5.5bn in annual wages and benefits, depend directly on international trade.”

“Those tariffs, it logically follows, invite retaliation,” notes one industry observer. “And that hurts railroads.”