ARGENTINEAN Freight Trains (TAC) has reported a 27% increase in rail freight volumes carried during the first six months of this year, compared with the same period in 2019. 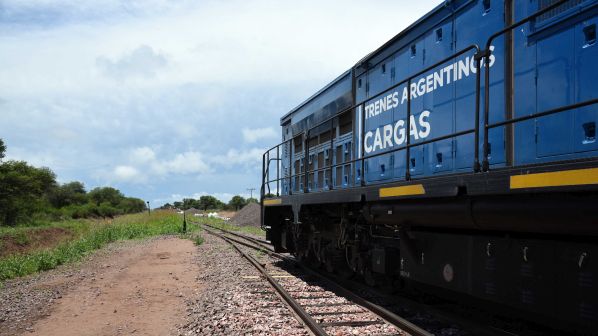 This amounts to the transport of around 2.8 million tonnes of freight on its 15,300km network. This included 470,000 tonnes of cereals such as corn and wheat transported in June alone, as well as increases in the volume of sugar and coal.

The rise in traffic follows a joint effort by TAC and Argentina’s Ministry of Transport to improve freight transport and reduce logistics costs - part of a drive by the government to restore the country’s railways to full capacity.

TAC has also introduced new services to replace those previously cancelled due to poor infrastructure, including the resumption of gypsum shipping in Mendoza province for the first time in 17 years.

The network had previously suffered neglect during the 1990s, shrinking by around 60% during the period, and leaving the remainder only capable of operating at half speed.

Despite TAC’s success, rail freight represents only 5% of total shipping in Argentina, compared with 95% transported by road.

The announcement comes despite the challenges faced by the company during the period, which included the challenge of social distancing. TAC estimates that around 10% of its 4000 workers were at high risk and has implemented measures such as staggered timetables for work shifts to limit infection. TAC also announced in April that it would prioritise services transporting food, drinks and cereals, as part of its coronavirus strategy.