Aurizon shifting focus away from coal

Company aims to double the size of its bulk business by the end of the decade. 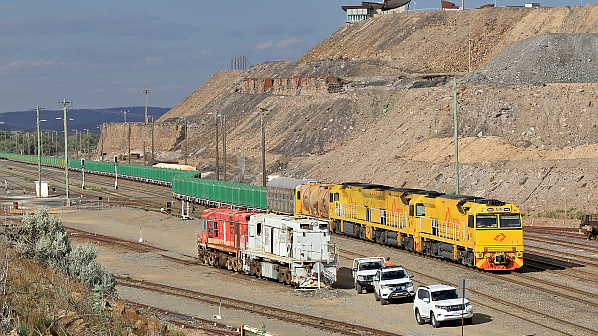 AUSTRALIAN freight operator Aurizon has confirmed its intention to ease its reliance on coal haulage revenues and focus on non-coal markets.

In its latest six-monthly investor briefing, Aurizon reported that in the six months to December 2021 it hauled 99 million tonnes of coal in New South Wales (NSW) and Queensland. This was down 3% on the previous comparable period, while earnings for the coal division were 3% higher at $A 600m ($US 431.28m).

“Aurizon’s aim is to double the size of the bulk business by 2030 through organic growth and acquisitions,” says Aurizon CEO, Mr Andrew Harding, adding that this would deliver a significant change in the company’s portfolio mix and continue to increase non-coal revenues.

In October, Aurizon signed an agreement to purchase the One Rail Australia (ORA) rail freight business for $A 2.3bn. Regulatory determination from the Australian Competition and Consumer Commission is expected on March 10, and Aurizon anticipates the sale to be closed during April. Disposition of the ORA coal assets are anticipated by the end of 2022.

Following completion of the purchase Aurizon expects its bulk division’s share of annual revenues to increase from 33% to 41%.

In line with the greater focus on bulk, Aurizon has recently commenced a 2800km trans-continental service transporting mineral sands for specialist miner and commodity producer Tronox. This operates between Broken Hill (NSW) and Kwinana in Western Australia. These trains will be the longest bulk haul anywhere on the country’s network.

The contract will eventually see the service extended a further 320km east to Ivanhoe (NSW), where a new rail siding has been constructed for loading the containerised ore.