THE steep decline in demand for coal continued to erode rail freight traffic in Britain during the 2016-17 financial year, according to statistics published by the Office of Rail and Road on June 8. 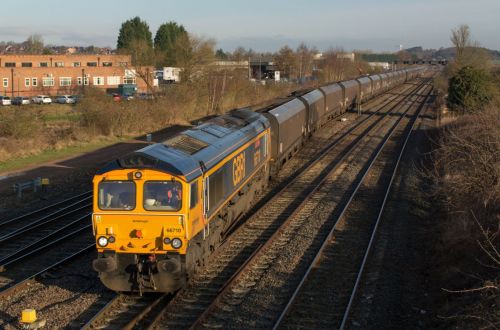 Coal traffic continued to contract during 2016-17 as electricity companies switched to other forms of generation.
Photo Credit: Keith Barrow

The total volume of freight lifted dipped 8% to 79.4%, its lowest level since 1984-85, when traffic was hit badly by a lengthy strike by coal miners.