THE Community of European Railway and Infrastructure Companies (CER) says the European Commission (EC) is putting rail freight, which is subject to customs clearance at European Union borders, at risk by imposing a system developed for road transport which is inappropriate for rail. 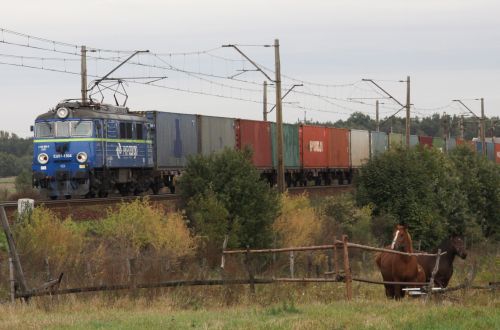 CER says the EC’s favoured NCTS system cannot be considered as a viable option for railways. “Not only would it be entirely disconnected from the available RailData database, but it will require numerous manual inputs, making the whole instrument equivalent to a step backwards, heavily hampering the rail business while offering no benefits to customs authorities,” CER says. “When tested five years ago, it caused high investment costs and a labour-intensive workflow - in addition to major delays in particular at departure - and demonstrated the incompatibility of NCTS with the rail sector’s needs.

“The push for NCTS goes completely against the EU objectives for a more sustainable transport system and increased role of railways in long-distance freight transport. It is even more alarming given that the volumes of rail transport taking place under customs supervision in Europe are expected to grow further.”

Instead of NCTS, the CER wants the EC to use the so-called ETD system, a fully electronic and rail-dedicated customs transit procedure. “The ETD procedure has been designed to supersede the existing paper-based simplified rail transit procedure,” CER says. “For the past couple of years, the rail sector has been heavily involved in the realisation of this procedure based on article 233(4) of the Union Customs Code.”

CER claims ETD would be easy to implement and would be compatible with the systems of authorities which already use electronic rail data, thereby removing the need for extra data entry into another system. In addition, CER says ETD will reduce security risks due to the elimination of long stops at external borders.

“A rail-dedicated customs transit system is decisive for the efficiency and attractiveness of rail transport,” says CER’s executive director Mr Libor Lochman. “Previous practice has demonstrated - for decades - how essential rail-dedicated customs procedures such as ETD are. The ETD is the best-fitting digital tool both for the rail sector and customs administrations and will pave the way for a fully computerised future for rail freight transport. The non-implementation of ETD would inevitably lead to unbearably high costs for the companies and their customers, and consequently, to a modal shift to road.”