AN intermodal train loaded with 82 ISO tank containers left Korla in northwest China on May 26, representing the latest move in China’s push toward developing a One Belt, One Road policy in international trade. 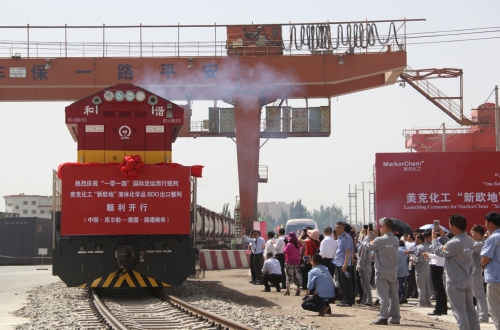 Hupac has been following a strategy of developing east-west links for some years as a natural extension of its home market in Europe. The company opened offices in Moscow in 2011 and in Shanghai in 2016, as well as acquiring its own rolling stock for the Russian 1520mm-gauge network.