INTERMODAL traffic using the Trans-Siberian Railway between China and Russia increased by 89% year-on-year in the first nine months of 2015 to approximately 66,000 TEUs, and follows a 98% increase in traffic in 2014. However, overall intermodal traffic on the route fell during the same period. 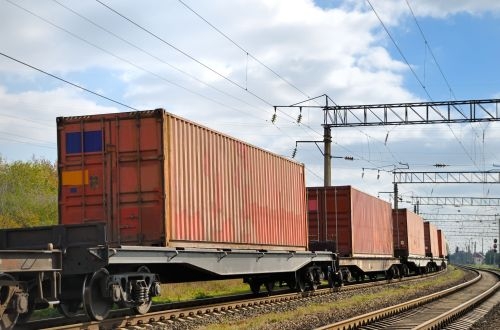 Russian Railways (RZD) president Mr Oleg Belozerov, who was speaking at 24th plenary meeting of the Coordinating Council on Trans-Siberian Transport (CCTT), says that revisions to tariff regulations approved by CCTT is underpinning the increase.

However, in spite of these falls, Belozerov says carriers are providing new services and increasing the number of available routes for delivery. In addition, RZD is implementing several infrastructure improvement schemes in the east, including opening a new 54km dual-gauge line from Khasan to Rason in North Korea, and constructing a new port in Rason. It is also upgrading infrastructure to increase line speeds and capacity with the goal of carrying an additional 66 million tonnes of freight per year.

"Our goal is to make the transport of goods along the Trans-Siberian route reliable, fast, and cheap for our customers," Belozerov says.

"The development of the Trans-Siberian Railway as a route of international significance should be comprehensive, taking into account the needs of both market participants and new technological possibilities," Belozerov says. "Only in this way can competitive transcontinental routes and the increased role of national railway companies be achieved."