THE Czech and Slovak governments are considering plans to merge state-owned railfreight operators CD Cargo and ZSSK Cargo in an effort to improve their financial position and protect them from potential takeover bids from foreign railways. 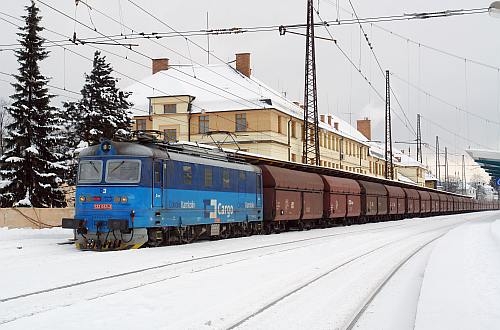 In an interview on Czech television on January 1, Czech Prime Minister Mr Petr Necas and his Slovak counterpart Mr Robert Fico said that discussions had taken place between the two governments, but that any merger would have to be preceded by restructuring of the two companies because they are in such poor financial health.

"A strong player would emerge in central Europe, which would be one of the five largest railfreight companies in Europe," says Necas. "We are really under pressure from transport companies in Russia and Germany."

Fico reinforced the position of his Czech counterpart. "With the competition in the European market it is clear that we need strong joint companies," he says. "Small railfreight operators are unable to survive. We are seeing this in Slovakia, where [ZSSK Cargo] is facing serious economic problems."

CD Cargo said last month it expected to end 2012 with operating losses of around Koruna 230m ($US 12m), blaming low industrial demand and the poor performance of its wagonload business for the deficit. The company has also devalued its rolling stock assets to better reflect the age and condition of the fleet, which means overall losses are likely to be around Koruna 2bn.

In an effort to fend off looming bankruptcy, CD Cargo plans to shed 2200 of its 9500 staff this year. It will also to dispose of 5000 redundant wagons and 87 locomotives.