GERMAN Rail’s (DB) British rail freight subsidiary DB Cargo UK confirmed on October 17 that it is planning to reduce its workforce by 893 staff, including 391 drivers, blaming a “dramatic decline in core markets.” 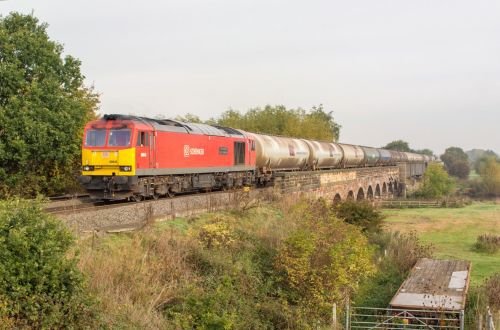 The job losses will be accompanied by a reduction in the size of the locomotive and wagon fleets and a “revision of the number and locations of operational sites.”

“Responsible and successful businesses must evolve and reshape as their markets change and sometimes this means making tough decisions,” says DB Cargo UK CEO Mr Hans-Georg Werner. “Whilst this is a difficult time for all of us at DB Cargo UK, reshaping the company will enable us to build a business for the future and protect the majority of jobs. We are fully committed to supporting colleagues who may be at risk of redundancy.

"We firmly believe in the future of rail freight in Britain. Our new business strategy will ensure we are a perfect logistics partner of choice for customers across all sectors long into the future.”

DB Cargo says no final decision has been made on its proposals, which are subject to formal collective and individual consultations.

The announcement of cutbacks at Britain’s largest rail freight operator comes at a time of increasing strain on the industry. Statistics published by the Office of Rail and Road (ORR) earlier this year show the total amount of freight lifted in the 2015-16 financial year fell 22.2% to 86 million tonnes, its lowest level since 1984-85, when the Miner’s Strike led to an 85.5% drop in coal traffic. The total volume of freight moved in 2015-16 declined by 17.8 billion tonne-km, a 20% reduction.

This is largely attributed to a decline in coal traffic, which was until recently the largest commodity group. With the closure of many coal-fired power stations, the shift to renewable energy and the doubling of the top-up carbon tax from April 1 2015, coal traffic has plunged and further decline is anticipated with the government’s pledge to eliminate coal-fired power stations by 2025. The total amount of coal lifted fell 54.6% in 2015-16 to a 30-year low of 19.8 million tonnes and volumes plummeted 64.2% to 2.3 billion net tonne-km.