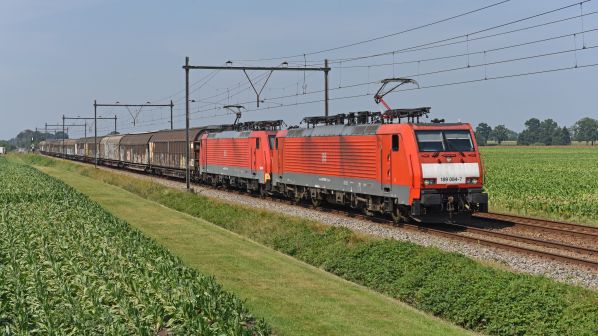 DB is liable for 99.4% of the fine.
Photo Credit: Quintus Vosman

An investigation conducted by the EC concluded that the three railways participated in a customer allocation scheme, which is prohibited under EU competition rules, for cross-border block trains operated on key European corridors. The EC says the railways exchanged collusive information on customer requests for competitive offers and provided each other with higher quotes to protect their respective businesses.

DB’s fine is €48.324m, which was increased by 50%, due to the railway’s status as a repeat offender due to its liability in another freight cartel ruling from 2012 relating to activities that took place between 2002 and 2007.

However, DB and SNCB’s fine of €270,000 were reduced by 45% and 30% respectively under the EC’s 2006 Leniency Notice for their cooperation with the EC during the investigation. In addition, in view of acknowledgement of participation in the cartel and their liability, the EC applied a reduction of 10% on the fines imposed under the commission’s 2008 Settlement Notice. ÖBB applied for immunity in April 2015 and as the first applicant received full immunity under the Leniency Notice, avoiding a fine of around €37m.

SNCB says the activities were conducted within its former subsidiary, SNCF Logistics, now Lineas Group. SNCB divested its majority shareholding in the company in October 2015 and as of January 14 2021 no longer holds any shares in the company.

"The practices at issue occurred in the context of trilateral freight sharing services that were offered by ÖBB, DB and the former SNCB Logistics, and aimed at securing the position of “lead carrier” of one of the participating operators,” an SNCB spokesman said, adding that the company fully cooperated with the investigation from the outset.

ÖBB told IRJ that it “cooperated extensively” with the commission in the procedure from the very beginning. A DB Cargo spokesman said the company was evaluating the decision and is not yet ready to make a statement.

The activity took place between December 8 2008 and April 30 2014 with SNCB participating since November 15 2011. The ruling concerns only services operated by the three railways. Block trains typically serve high-volume customers, carrying a single commodity, operating on established routes such as between ports and industrial sites.

Under the freight sharing model, which is a contract foreseen in international railway law, railway companies performing cross-border rail services provide customers with a single overall price for the service required under a single multilateral contract.

“Rail transport of freight is vital for a sustainable economy model,” says Ms Margrethe Vestager, EC executive vice-president in charge of competition policy. “Fair competition is important to provide customers with the best offer when using sustainable transport. A cartel between key operators offering rail freight services on essential rail corridors across the EU goes fundamentally against this objective. Today’s decision sends a clear signal that this type of collusive behaviour is not acceptable.”

The fines are calculated based on sales value achieved by the cartel participants for the services in question in 2013, the last full year of infringements.

An ÖBB spokesman said comprehensive measures have been taken at ÖBB and Rail Cargo Austria to prevent such misconduct. “Since 2015 all relevant employees have undergone an intensive training programme on competition issues,” ÖBB says, adding that no ÖBB or RCA customers were affected by the practices.

“Due to the strong competitive pressure from truck transport and private companies, the prices were always very competitive and the margins extremely low,” the spokesman said.