DUTCH rail freight operators achieved high levels of growth last year according to a new report from infrastructure manager Prorail, which shows volumes increased 6% by both train-km (9.3 million) and tonne-km (13.6 billion) in 2015, with most of the growth occurring in the second half of the year. 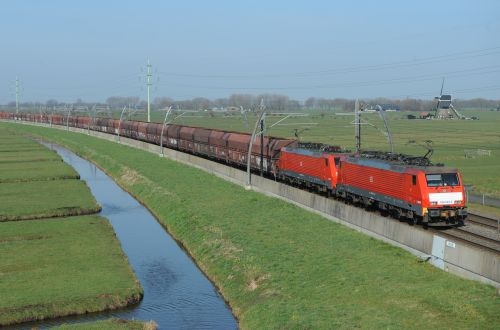 International freight traffic reached a new high with 54,150 cross-border train movements, an increase of 300 compared with 2008, when the previous record was set. Germany is the main destination for this traffic, accounting for 85% of the total, and the busiest cross-border route was the Zevenaar - Emmerich line, which was used by 24,500 freight trains in 2015.

Various circumstances contributed to the increase in freight traffic including extremely low water levels in the main rivers, which prevented barges from operating at full capacity and the improving economic situation both in the Netherlands and other European countries.

The number of freight trains on the Betuweroute dedicated freight line between the port of Rotterdam and the German border near Emmerich fell by 10% due to upgrading of Germany's Emmerich - Oberhausen line, which will significantly increase freight capacity on this key cross-border route. A large number of freight trains have been diverted via the conventional Dutch network.