SWITZERLAND’s Federal Office of Transport (BAV) confirmed on September 8 that four types of modern freight locomotive will be banned from operating through the Gotthard Base Tunnel when it opens in December due to problems with the functioning of ETCS Level 2 equipment. 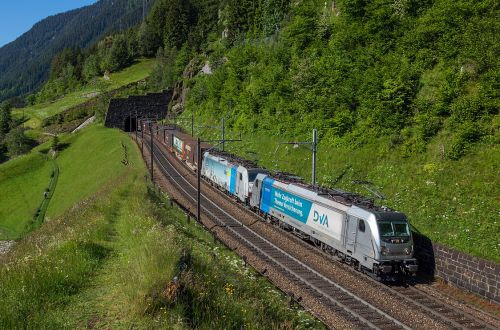 BAV says it will not renew the temporary operating license for Bombardier Re 486, Re 487, class 186 and class 187 locomotives beyond November due to “an accumulation of ETCS faults” on the northern and southern access routes to the tunnel, which are already equipped with ETCS Level 2. The decision affects 27 locomotives, most of which are used by BLS Cargo and Crossrail. Operation with a pilot locomotive will still be permitted.

According to BAV, issues including “unforeseen forced braking” have caused service interruptions and delays on the route and to ensure the tunnel operates “reliably and smoothly” these locomotive types will not be permitted to operate through the tunnel when it opens.

BAV says it has offered to assist Bombardier in seeking a solution to the problem.