BRITISH railfreight operator Freightliner is set for a major expansion of its international activities after announcing on June 19 that it has acquired Rotterdam-based intermodal operator ERS Railways from Maersk Line for an undisclosed sum. 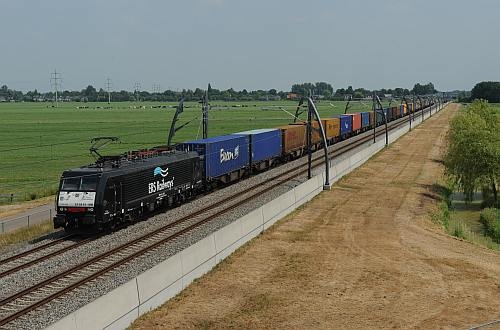 ERS was established in 2004 and operates maritime hinterland services from the ports of Rotterdam, Hamburg, Bremerhaven, Lübeck, and Rostock. This month the company increased its intermodal services to the Swarzedz terminal in Poland and recently signed a three-year agreement with BLS Cargo, Switzerland, for the operation of intermodal services from Rotterdam to Melzo in Italy, which total more than 1000 trains per year.

ERS also owns a 47% stake in German open-access operator BoxXpress, which was granted a license to operate in Austria last year.

"The acquisition of ERS is a very good fit with our growth strategy and further extends our profitable footprint, following our successful entry into the Polish and German bulk haul markets over the last seven years and our entry into Australia in 2009," says Freightliner Group chief executive Mr Peter Maybury. "The business has a strong management team who share our service-led approach, and we look forward to supporting them as ERS continues to grow its continental European intermodal services."