Government aligns ambitions with the Alliance 4F group, which called for a doubling of rail’s overall share of freight in France to 18% by 2030. 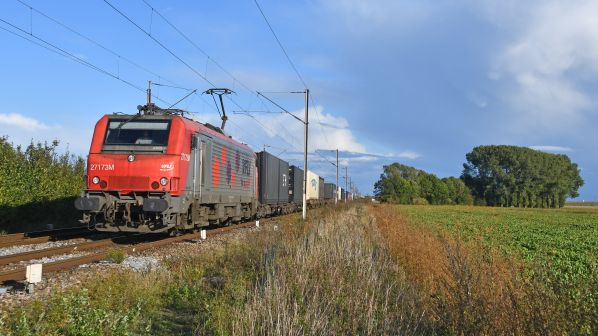 THE French government published its “National strategy for developing rail freight,” on September 9. The strategy is largely based on the plan issued by the Alliance 4F group of French rail freight operators in June 2020 to double rail freight’s market share in France from 9% or 32 billion tonne-km today to a figure closer to the EU average of 18% by 2030.

While the Alliance 4F plan was costed at €15.7bn, of which €13.3bn would go to SNCF Network, the government strategy contains much less in the way of firm government funding. The halving of track access charges for freight, introduced to ease the effect of the Covid crisis, is extended for three years at a cost of €170m. Intermodal transport will receive aid of €47m a year and wagonload €70m a year. All these measures will be reviewed in 2024.

Three new piggyback services are confirmed, and other routes are sought, while the government is offering €15m in annual aid for new terminals at Sète, Cherbourg, Bayonne and Rungis in Paris. The strategy aims to offer piggyback services across France by 2030.

SNCF Network is set to spend €210m on revising its maintenance procedures to completely eliminate line closures for maintenance, and €120m on reducing noise. The infrastructure manager will also push forward with gauge enhancement (P400) work on main freight lines and the introduction of ERTMS. It will also maintain its renewal budget at an average of €2.9bn a year until at least 2029.

The government also intends to accelerate the refurbishment of minor lines generating freight on which it has spent €10m annually with local authority and industry partners also contributing.