SWEDEN's largest railfreight operator Green Cargo has launched a programme to restructure its operations after suffering a sharp decline in revenues last year, which the company blames on a sluggish economy, structural changes among its key customers, and downward pressure on freight prices. 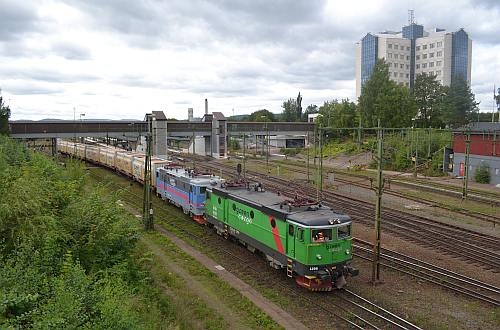 Green Cargo says it has drawn up an action plan to achieve long-term, stable profitability, which involves a significant reduction in its workforce and fleet.

"We have analysed our operations and prepared a sweeping action plan to reach profitability across economic cycles," says Green Cargo CEO Mr Jan Kilström. "Following discussions with our customers, we are identifying solutions for unprofitable traffic or ceasing to provide services at locations that remain unprofitable. We are enhancing the efficiency of our production system, co-locating our own functions and streamlining our administration. In 2016, we will run the company with 600 fewer employees."

Green Cargo aims to improve locomotive utilisation with the aim of reducing its motive power requirement by 120 units, which it says will reduce operating costs and have a positive impact on the balance sheet.

Green Cargo currently employs around 3100 staff and operates a fleet of 450 locomotives.