A consortium of Hungarian and Russian private investors has purchased a 125-hectare development area in Hungary’s Záhony transshipment area in Fényeslitke, near the Ukrainian border, for the construction of a new intermodal freight terminal to serve the Asia-Europe rail freight market. 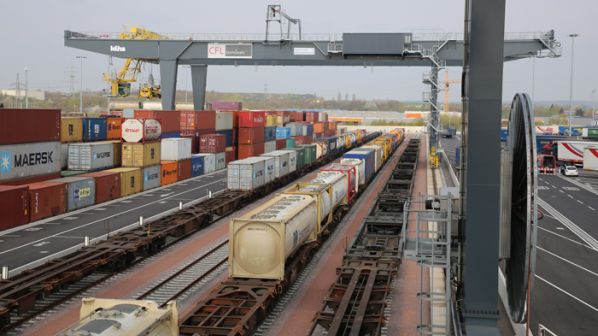 The land was purchased from the state-owned Regional Development Holding agency by East-West Intermodal Logistics, a partnership of Trusty Business Management and Grennovatív Energetics Development.

The terminal will have five 1435mm-gauge and five 1520mm-gauge tracks with a length of 850m. The terminal will be equipped with 45-tonne capacity cranes capable of handling a range of freight including lorry trailer, tank containers and chemical shipments.

The terminal will also be equipped with a dedicated 5G network and will operate using renewable solar energy sources and heat pumps. All vehicles will be battery operated.

The terminal is expected to handle up to 500,000 TEU per year under the limitations of the current railway network but could be expanded to handle up to one million TEU annually following the completion of the V0 Budapest Bypass Railway.