KIRUNA Wagon, Sweden, reached an agreement in August with RCR Tomlinson (RCR), Australia, on principal terms for an exclusive licencing agreement for the Helix Dumper wagon and unloading station. 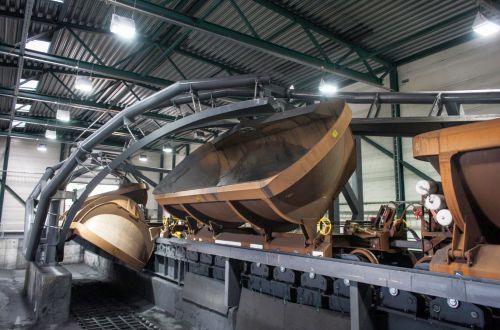 Through the licensing agreement which is for an initial 10-year term, RCR plans to manufacture and distribute the Helix Dumper and unloading station throughout Australia, New Zealand and Southeast Asia.

The Helix Dumper is designed for rolling discharge and its unloading station is made up of a spiral structure which tips the wagons while the train moves forward, each wagon carrying up to 100 tonnes.

According to RCR, a Perth-based engineering and infrastructure company with approximately 3000 employees internationally, the new unloading technology is up to 3-4 times faster than existing methods.