AFTER 31 years of service, the operation of mail trains on the French high-speed network ceased on June 27, when a postal TGV made a final run between the terminals at Cavaillon in Marseilles and Charolais near Paris Gare du Lyon. 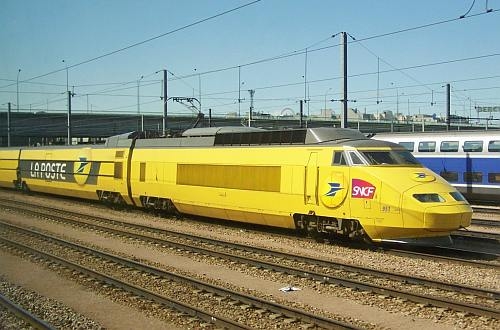 French post office La Poste announced last June that it would switch the movement of post by rail from TGVs to swapbodies as part a €100m investment in its logistics network. A new €23m rail hub at Bonneuil-sur-Marne south of Paris is due to open later this year, which will replace the TGV terminal at Charolais. The hub will link the capital with freight terminals across France, and will consolidate operations from two road terminals, reducing lorry movements by around 638,000km per year.

La Poste forecasts that the volume of mail being moved by rail will exceed the capacity of the TGV service by 30% by 2017, and the high-speed trains therefore no longer meet its requirements.

La Poste is now seeking a potential buyer for the redundant fleet of five half TGV sets.