ALPINE Rolling Motorway (AFA), the piggyback shuttle service between France and Italy operated jointly by SNCF Geodis and Trenitalia, has gained 52 new customers in the six months since the 12.2km Mont Cenis tunnel was cleared for trains carrying 4m-high semitrailers. 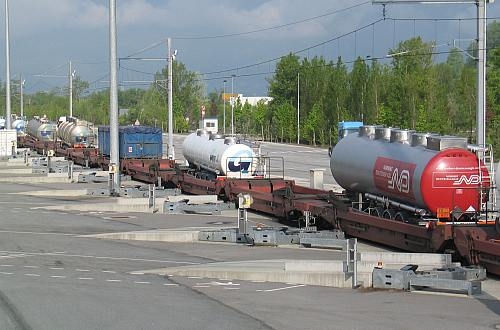 AFA says it recorded a 17% increase in the first two months, July and August, a period when volumes are normally reduced. Frequencies were raised from three to four trains per day to meet demand, and lorry semitrailers now account for a third of all units carried on this route.

The service covers a distance of 173km and links the French transhipment terminal at Aiton, 25km from Chambery, with Orbassano in Turin with a journey time of around three hours. AFA operates two trains of 11 wagons, although the terminals are designed to allow 15-wagon trains.

AFA was launched in November 2003, initially with financial support from the French and Italian governments and the European Union, although it has operated profitably since 2006.