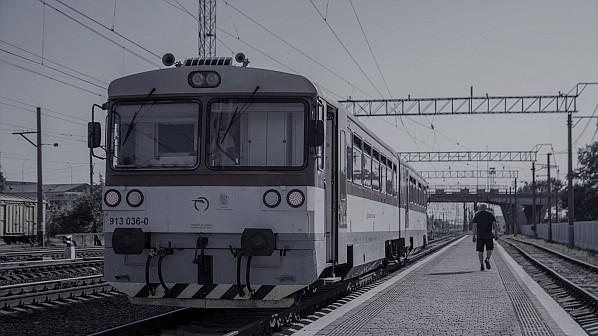 NEIGHBOURING railways have offered to support the evacuation of Ukraine after Russia commenced its invasion on February 24.

Czech Railways (CD) has offered to send evacuation trains to Ukraine, capable of transporting more than 6000 passengers while

Slovakian national passenger operator ŽSSK is preparing to make rolling stock available for evacuation trains. The operator also suspended all trains bound for Ukraine until further notice due to the invasion.

“This morning we activated the crisis staff, and we are in contact with our shareholder, the Ministry of Transport of the Slovak Republic, regarding further progress and assistance to the neighbouring state, for example in potentially securing evacuation trains for war refugees” says Mr Roman Koreň, chairman of the ŽSSK board.

Ukrainian Railways (UZ) is also operating evacuation trains from the Luhansk, Donetsk and Odessa regions as people flee the area. A curfew in Kiev between 22:00 and 07:00 means local public transport is unavailable, but the BBC reports that metro stations will remain open for use as shelters.

Russian Railways (RZD) has also began operating trains for its citizens in the south of the country, with up to 3600 additional seats available on February 24 and more than 5000 on February 25. Additional trains are operating to Moscow from Adler, Rostov, Krasnodar, Novorossiysk, Anapa and Belgorod.

Freight operations between Slovakia and Ukraine have been suspended. There are two cross-border links, with freight trains using the 1520mm-gauge single track route, with four trains per day usually operating in each direction. Since February 24, that has been suspended.

A spokesman for Austrian Federal Railways (ÖBB) freight subsidiary Rail Cargo Group (RCG) told IRJ on February 24 that currently there is no impact on services. “We are monitoring the situation closely and can react to changes in the flow of goods with alternative routes, if necessary,” the spokesman said. “At this point it is too early to assess concrete effects or to report on possible measures, as the situation can change rapidly.” Trans-Eurasian rail freight was operating via Belarus and Turkey, the spokesman confirmed.

German Rail (DB) told IRJ that it was observing the situation “with the greatest concern.” A spokesman said there approximately 90 DB employees in Ukraine. He said that logistics operations in the country have been paused, and the staff have been asked to stay at home.

Other carriers have reported that preparations are underway on possible contingency routes.

“We are prepared and are in constant exchange with our suppliers, terminals and our partner RZD Business Asset,” Mr Uwe Leuschner, CEO of the Far East Land Bridge (FELB) Group told IRJ on February 23. “This gives us the opportunity to be proactive in the market and react when needed. Alternative routes are prepared, and we are constantly working on further cooperation. We are particularly focussing on the expansion of short-sea transports, also with further tests on additional routings parallel to Saint Petersburg. In this way, we want to offer customers a scalable alternative to the existing direct land transports to bypass Belarus in the future.” A FELB spokesperson declined to comment on whether there had been any disruption to services when asked by IRJ.

IRJ also understands that operations at the Port of Odessa have been suspended, while rail freight is also being diverted through Poland and Belarus.