FIVE of Brazil’s rail freight concessions are set to be renewed in 2018, and this is expected to generate investments of Reais 25bn ($US 7.6bn) in railway infrastructure up to 2023, according to Mr Fernando Paes, executive director of the National Association of Railway Carriers (ANTF). 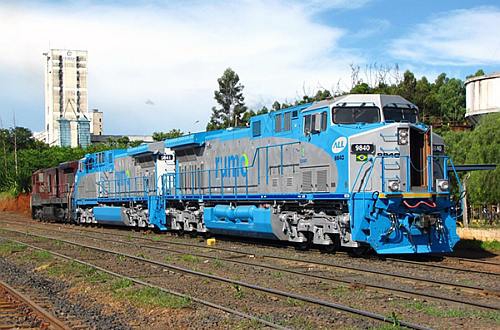 Paes, who was speaking to IRJ at the 20th NT Expo - Business on Rails exhibition held in São Paulo last week, says these investments will focus on expanding capacity. This will include constructing new yards, and introducing new technologies, signalling upgrades and engineering projects along with new lines and extensions to existing infrastructure, which will help to reduce bottlenecks. Money will also be spent on expanding fleets.

A public hearing for the Paulista Network concession, which is currently held by Rumo, has already been completed. However, Brazil's National Land Transport Agency (ANTT), the public entity which regulates the sector, has requested that the concessionaire make several changes to its business plan. As a result, it expects to release a new schedule for the renewal process.

According to the president of the Brazilian Railway Industry Association (Abifer), Mr Vicente Abate, Rumo is set to invest Reais 2.4bn in rolling stock for the Paulista Network. This equates to approximately 200 locomotives and 2500 wagons. Overall, Rumo is expected to invest Reais 4.7bn to increase the capacity and efficiency of the 820km network.

The four other concessions up for renewal are: MRS Logistica S.A; the Carajás Railroad (EFC) and Vitória-Minas Railway, both of which are operated by Vale; and Central Atlantic Railway (FCA), which is operated by VLI. The five railways together total 12,675km in length and handle about 457 million tonnes of freight per year, representing more than 90% of the freight carried on Brazil’s railways annually.