THE government of the Brazilian state of Paraná held an event in São Paulo on November 28 during which it presented plans for a new freight railway that will improve the flow of agricultural products from the midwest of Brazil through the port of Paranaguá. 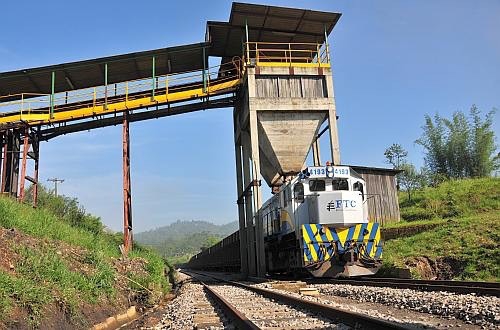 The new 1000km line will link the region of Dourados in Mato Grosso do Sul with the Paraná coast. The estimated cost of construction is Reais 10bn ($US 3.1bn).

"The new railway is an initiative for the expansion and modernisation of the railway infrastructure of Paraná and strategic for the development of the state," says Paraná governor Mr Beto Richa. "We have made great investments in the Port of Paranaguá, which is prepared to expand its activities even further."

To execute the project, the state government is set to launch a Procedure of Manifestation of Interest (PMI). This is a public call for proposals, prepared by the Secretariat for Planning and General Coordination, for companies interested in preparing technical-operational, economic-financial and environmental studies for the construction and operation of rail services.

Section 1 of the new railway will link Guarapuava to the Port of Paranaguá and will be 400km long. The 350km Section 2, which is already a concession of Ferroeste, will extend the line from Guarapuava to Dourados, passing through Guaíra.

The project also foresees the revitalisation of the existing 250km line operated by Ferroeste between Guarapuava and Cascavel. This section will also be sub-concessioned.

Paraná's secretary of infrastructure and logistics, Mr José Richa Filho, adds that improving the railway network is essential to guarantee the competitiveness of Paraná's industry, commerce and agribusiness. "Agricultural production and the Port of Paranaguá have been modernised, establishing new records of production and exports," he says. "However, we have not made any progress with regards to rail."

Western Paraná already produces 14 million tonnes of grain per year and this is expected to reach 21 million tonnes per year by 2035. Currently, only 440,000 tonnes arrive at the port by rail.