CMA CGM Logistics launched a new intermodal freight service on April 10 from London Gateway terminal via the Channel Tunnel to Duisburg, Germany, with connections to Poland and China. 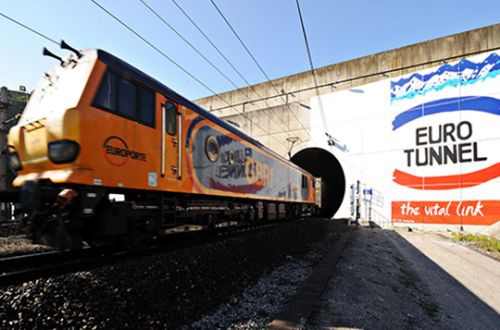 The service will initially operate once a week but has the potential to expand to up to six trains per week if demand is sufficient. The first train was operated by GB Railfreight, and Transfesa, which is owned by German Rail (DB).

“The introduction of this service and its connection to the new Silk Road (One Belt, One Road) is further proof of Eurotunnel’s determination to relaunch rail freight, as already demonstrated with the construction of the whole-train scanner in Frethun, the introduction of the Eurotunnel Incentive for Capacity Additions (Etica) scheme, which supports the launch of new services, and the restructuring implemented to add efficiency to border formalities at the Frethun yard with Europorte Channel,” Eurotunnel says.