Number of freight trains between China and Russia set to rise

Reports from Russia claim international sanctions have yet to affect Russian freight. 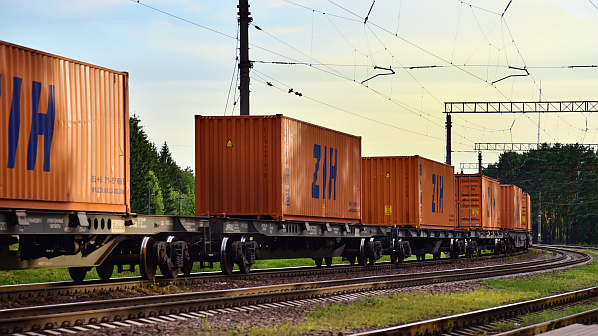 RUSSIAN Railways (RZD) and Chinese Railways have agreed to increase the number of freight trains operating between the two countries according to reports in Russia.

Russian media reports also claim that sanctions imposed on Russia following its invasion of Ukraine have not yet reduced freight traffic to below the level of last year, while rail freight through Kazakhstan and Mongolia has increased according to the reports.

Following the invasion of Ukraine on February 24, the European Union as well as United States, Britain and Japan all introduced economic sanctions against Russian companies including RZD. Rail operators moved traffic away from the traditional Trans-Eurasian route where possible.

Russia’s Vedomosti website reports that in the first three months of 2022, loading on the RZD network, which traditionally does not take into account transit and import cargo, amounted to 307.9 million tonnes. This is 0.2% higher than the first quarter of 2021. The largest increases were in coke, oil and iron ore, while the biggest decreases were in grain, timber and non-ferrous ore and sulphur raw materials.

Despite the claims of a lack of an impact, the reports state that RZD recorded 106.7 million tonnes of freight in March, which is 2.4% less than the same month last year.

The loss of coal traffic to Ukraine is highlighted as a reason for the drop in traffic, however the reports suggest the increase in aggregates traffic within Russia compensated for this initially.

According to the Russian news website Kommersant, RZD reports that the number of applications to operate freight trains in the Zabaikalsk region increased by 27% and in the Grodekovo region by 10%. Both are near the Chinese border.

Reports claim more than 6.5 million tonnes of freight has been transported. They also claim that supply chains to Russia have been disrupted due to sanctions.

An in-depth round-up of the rail industry’s response to the invasion and how it has affected the sector is available in the April edition of IRJ. It can also be read here.