POLAND's largest railfreight operator PKP Cargo has announced that it is in acquisition talks with the owners of three open-access freight operators in Poland and the Czech Republic. 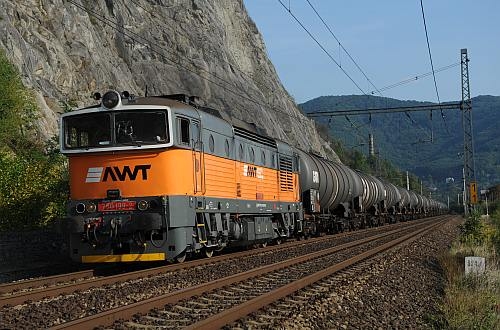 PKP Cargo says it has signed a letter of intent with Luxembourg-based European Railfreight II, the majority shareholder in Poland's CTL Logistics, regarding the acquisition of 100% of the company's shares. A request for consent to take control of CTL has also been submitted to Poland's Office of Competition and Consumer Protection.

CTL Logistics operates across a large area of eastern and western Europe and has a fleet of nearly 200 locomotives and 4800 wagons. The company employs 1800 staff and carried 12.6 million tonnes of freight (4.27 billion tonne-km) in 2013 with revenues of Zlotys 726.6m ($US 223.8m). However, the operator experienced an 8% drop in volumes in the first half of this year.

PKP Cargo has also signed an agreement with Czech railfreight operator Advanced World Transit (AWT) to carry out due diligence on the Ostrava-based company with a view to acquiring all of its shares. AWT has an 8% share of the Czech railfreight market and also operates in Slovakia, Slovenia, Hungary, Poland, Germany, Romania, Bulgaria, and Croatia. The company employs nearly 2000 staff and operates a fleet of around 160 locomotives and 5100 wagons.

PKP Cargo also announced on September 9 that it is seeking to acquire up to half of the shares in Polish open-access railfreight operator Pol-Meidz Trans, which is owned by KGHM Polish Copper.