PKP Cargo continued to make a profit in 2019, despite an overall decline in Poland’s rail freight market. 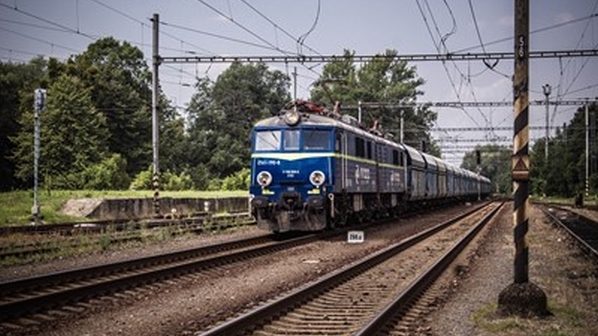 Rail transported 91 million tonnes of coal, oil and natural gas in 2019, with this making up 38% of all freight carried by rail, a fall of 0.6% on 2018 volumes. More than 64 million tonnes of metal ore, mining and quarrying products were carried, 27% of rail freight, along with nearly 28 million tonnes of coke, briquettes, and refined petroleum products.

The only increase was in intermodal freight, which increased by two million tonnes to 16.5 million tonnes, which made up 7% of all freight carried by rail.

PKP Cargo transported 108.6 million tonnes of freight in 2019, down 10.9% year on year. However, the company says that despite this decrease in traffic, it was able to optimise its operations resulting in a profit across the group.

“We are working on a steady increase in the efficiency of our business,” says PKP Cargo CEO, Mr Czesław Warsewicz. “This largely allows us to limit the negative effects of the market situation.”

The company says that market data indicates that the decline in freight volumes is due to change in 2020, with infrastructure investment from the General Directorate for National Roads and Motorways and PKP Polish Railway Lines entering a decisive phase, increasing the demand for raw materials such as aggregates and cement. However, PKP Cargo says it is aware of the high risk posed by the coronavirus pandemic, which may negatively impact infrastructure investment in 2020.

Warsewicz says PKP Cargo is continuing to operate national and international services uninterrupted despite the pandemic.

A crisis management team has been established to develop and implement safety procedures for dispatch employees, locomotive drivers and other staff directly responsible for handling trains and freight.

“Our most important task is to secure the transport process so that you can easily transport any load despatched by the customer, and we fully implement this task,” Warsewicz says.

With some road operators pausing operation to countries most affected, including Spain and Italy, PKP Cargo is maintaining its services to maintain supply chains across Poland and Europe.

PKP Cargo has also launched a new regular service for containers and semi-trailers from Poznań, Poland, to Duisburg, Germany, in association with Clip Group and Duisport Agency. PKP Cargo says the closure of borders to road traffic had created demand for intermodal services.

Three connections a week are planned initially, but this can be expanded to daily depending on demand. The service will use the CargoBeamer system to transport semi-trailers, with each train carrying up to 36 trailers or 45 containers.