THE Swiss Federal Council has ratified a recommendation that the board of directors of SBB Cargo should be strengthened, its independence increased and business partners or major customers be invited to take a minority holding, although the company is set to remain a subsidiary of Swiss Federal Railways (SBB). 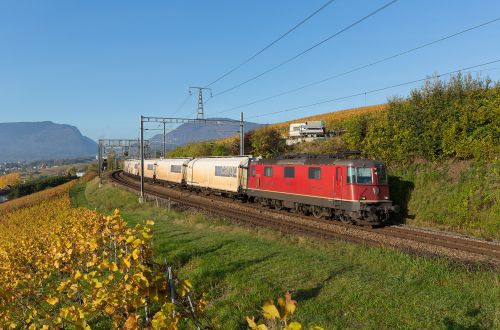 The recommendations stem from a study by the transport commission of the Swiss Council of States, which reviewed various scenarios for the future of SBB Cargo.

The report examined the development and current state of the European and Swiss rail freight market and of SBB Cargo, which is currently 100%-owned by SBB. SBB Cargo’s international business was transferred in 2011 to a new subsidiary, SBB Cargo International, with transalpine intermodal operator Hupac holding a 25% share.

The report concludes that the full privatisation of SBB Cargo or the sale of a majority stake to a third party is not a viable option because the risk of commercial considerations taking priority over operational services would be too great. An ownership structure with the state or SBB retaining a majority stake alongside third-party minority shareholders is therefore put forward as the option offering the best prospects for future development

According to the Federal Council, SBB Cargo should remain a subsidiary of SBB, with its board of directors strengthened with the addition of an independent board member and its independence increased.

The chairman of the board should be a third party with the majority of board members coming from SBB, and partners or major customers should be involved on a long-term basis with a substantial minority holding.

SBB’s board of directors and SBB Cargo’s general assembly are responsible for seeing that these measures are implemented. The Federal Council expects that they will be carried out without delay, and will adjust its strategic aims for 2019-2022 accordingly.