THE Swiss Federal Office of Transport has granted a permit to Swiss Federal Railways (SBB) to construct the new Bözberg railway tunnel. 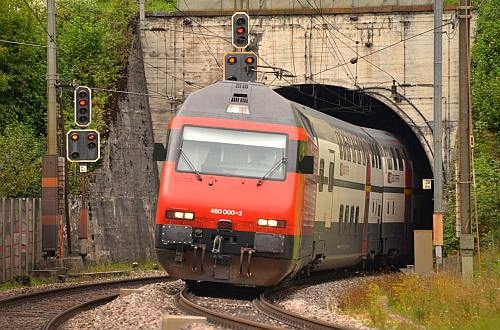 The SFr 350m ($US 264n) double-track tunnel is the biggest single project in a scheme to increase the loading gauge on the 270km Gotthard line between Basle and Chiasso, and follows the Swiss policy of encouraging a shift of freight from road to rail.

The new tunnel will replace the existing 2.5km tunnel, which will be used for technical and emergency services.

Preliminary construction work will start in the next few days and a ground-breaking ceremony is planned for March next year, with completion scheduled for 2022.

The Swiss government has allocated SFr 710m to upgrade the line to transport lorries and other road vehicles with 4m corner height by rail. The project involves modifications at over 80 locations, including stations, signalling, electrification and other installations, as well as a dozen tunnels.