Canadian National is evaluating its options; Canadian Pacific urges its own offer to be accepted. 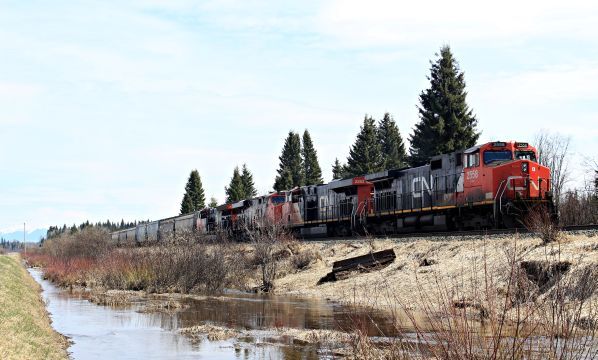 CANADIAN National (CN) says it is disappointed by the US Surface Transportation Board’s decision to reject the use of a voting trust agreement in connection with the planned merger between CN and US Class 1 railway Kansas City Southern (KCS).

CN also confirmed it is evaluating the options available in light of the STB decision.

In a statement on August 31, the STB said its board unanimously decided to reject the voting trust agreement, stating that using  a trust is not consistent with the public interest under STB merger regulations.

“We remain confident that our pro-competitive, end-to-end combination is in the public interest and that it would offer unparalleled opportunities and benefits for customers, employees, the environment and the North American economy,” says CN in a statement issued on August 31. “The combined company would create the premier railway for the 21st century and establish seamless single-line service from Canada, through the United States and into Mexico.

“Since the proposed combination with KCS was announced, we have been encouraged by the overwhelming support from both companies’ customers, employees, local communities and shareholders. We continue to believe that the combination of CN and KCS would enhance competition, expand North American trade and power economic prosperity, provide new and faster routes, increase supply chain efficiency and deliver other benefits to the public good,” CN added.

Rival Class 1 railway Canadian Pacific (CP) has also attempted to acquire KCS. In a statement released on August 31, CP called the STB decision “the right one for rail shippers, the freight rail industry and the North American economy.”

“The STB decision clearly shows that the CN-KCS merger proposal is illusory and not achievable,” says CP president and CEO, Mr Keith Creel.

“Knowing this, we believe the August 10 CP offer to combine with KCS, which recognises the premium value of KCS while providing regulatory certainty, ought to be deemed a superior proposal. Today, we have notified the KCS Board of Directors that our August 10 offer still stands to bring this once-in-a lifetime partnership together.”

KCS shareholders still have to vote on the CN/KCS deal on September 3.

In early-June, when the STB announced its timetable for making a decision, CN and KCS both said the merger would facilitate coordinated investment into new single-line routes and eliminate delays associated with interchanges, reduce cycle and transit times while also providing for more reliable and timely services and offer a more cost-effective access to markets in the south of the United States and Mexico.

The two companies also claimed the deal would create an end-to-end merger that provides no risk to competition. In the statement, they claimed customers will not lose any existing routing options because both CN and KCS are committed to preserving access to all existing gateways and ensuring robust price competition.

CN and KCS entered a definitive merger agreement on May 21. CN submitted a revised offer eight days prior, which the KCS board unanimously accepted. On May 13 KCS also notified CP of its intent to terminate that planned merger.