BELGIAN infrastructure manager Infrabel has started test operations in the newly-completed Liefkenshoek rail tunnel in the port of Antwerp the final phase of the project before the launch of commercial operations in December. 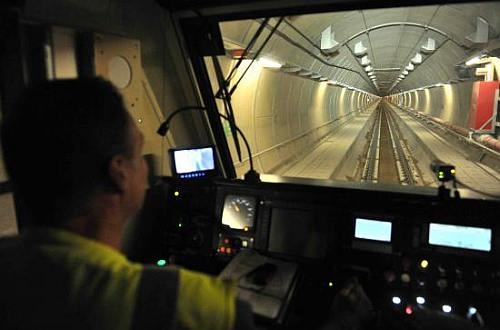 With the opening of the 16.2km tunnel between the east and west banks of the River Schelde, many freight trains will no longer need to run via the city of Antwerp, where they share congested infrastructure with intensive passenger services. This will relieve bottlenecks including the Kennedy rail tunnel and the Schijnpoort –Berchem line.

The new tunnel will enable freight trains to leave the Antwerp area more quickly and is intended to make Antwerp more competitive with other ports, in particular the port of Rotterdam.

The maximum speed in the tunnel is 90km/h and the link is equipped with ETCS Level 2, in line with Infrabel's strategy to equip the entire Belgian main line network with ETCS by 2022.

Construction began in 2008 and the project has been implemented as a Public Private Partnership (PPP). Driver training is expected to start in the autumn.