The plans include new routes and an increased focus on container freight. 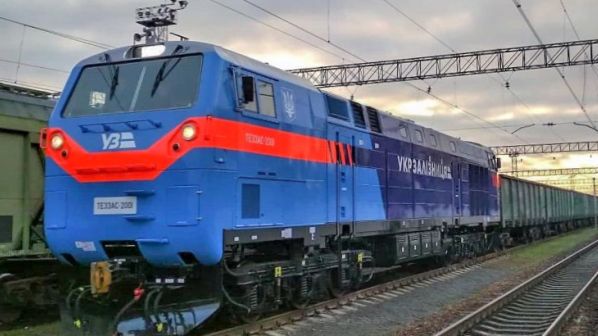 UKRAINIAN Railways (UZ) has announced plans to develop its freight sector, including new international routes and a greater focus on intermodal container shipment.

The plans would place Ukraine at the centre of a network of international freight routes crossing eastern Europe. UZ says that it will launch a new north-south route from Gdansk, Poland, to Istanbul, Turkey, via Ukraine, in the near future. Further routes between Turkey and Poland, and Turkey - Germany, are also planned.

UZ says that it eventually plans to develop a route across the Black Sea to Georgia, Azerbaijan, and the Caspian Sea, as part of plans to offer freight services to India.

Operation of the new routes will be coordinated from UZ’s Liski office. Centralisation is intended to increase efficiency and offer greater convenience for clients.

The new services will take advantage of plans by the Ukrainian Sea Ports Authority and the Port of Gdansk to develop a new Baltic - Black Sea freight corridor connecting Gdansk, via Warsaw, Doronhursk and Medyka, to Odesa. The two organisations signed a letter of intent to develop the planned corridor in December 2020.

UZ also plans to increase the proportion of containerised freight transported by rail in Ukraine from around 1-2% currently to around 15% in three years. A total of 425,000 TEU containers were transported through Ukraine by all modes in 2020, increasing by 10.7% compared with 2019.

To support this plan, UZ will prepare a proposal for the Ukrainian Ministry of Infrastructure suggesting alterations to streamline customs regulations and increase the efficiency and attractiveness of transporting freight through the country.

UZ says it also plans to develop new freight hubs in the country for the management of container freight.