THE United States' Railway Supply Institute Committee on Tank Cars (RSICTC) has called on the US Department of Transportation (USDOT) to speed up the process to introduce new safety measures for tank wagons carrying crude oil and ethanol. 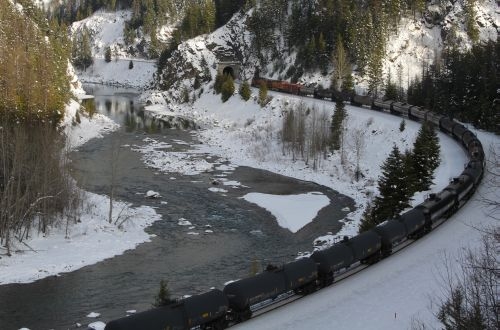 RSICTC president Mr Thomas Simpson says the call "comes after three years of waiting for the government to issue new rules that would create an industry standard and help mitigate product loss after train derailments."

The announcement was particularly poignant given the derailment of a Norfolk Southern freight train which was carrying crude oil in Conway, Pennsylvania, the day after the announcement on February 13. No injuries were reported in the accident in which 21 wagons derailed, 19 of which were carrying crude oil and two liquefied petroleum gas, with three oil wagons reported to have spilled their contents.

This latest incident follows numerous derailments of crude oil trains in North America in the past year, epitomised by the Lac-Megantic derailment which killed 47 last July, following what Simpson describes as a 4000% increase in the delivery of oil by rail relating to the Bakken oil boom in North and South Dakota and Montana.

The Railway Supply Institute (RSI) says manufacturers began voluntarily building tank cars to the new CPC-1232 standard jointly developed with the railways in 2011, with Greenbrier the latest manufacturer to announce a new line of products that meet this standard, and has also petitioned USDOT to issue a new regulatory standard.

RSI said that despite USDOT's inaction on this petition, it plans to expand CPC-1232 by proposing seven guiding principles, including:

• introducing additional safety technology, by requiring a metal jacket, full height head shield and top fittings protection with added thermal protection for the manufacture of all new crude oil and ethanol tank wagons; these additions will make the cars more resistant to punctures and heat in case of a derailment.

• limiting the use of legacy wagons, ie non-CPC-1232 compliant wagons for existing crude oil or ethanol fleets until USDOT issues modification standards, and

• reduce the expected 10 years it will take to modify legacy tank cars by modifying crude oil and ethanol cars first, which will reduce the timeframe for addressing the highest risk wagons.

"These guiding principles will accelerate tank car safety," Simpson says. "Adding new technology, prohibiting additional unmodified tank cars from entering into crude oil and ethanol service, and modifying crude oil and ethanol tank cars first will move safety forward. Now it's up to the federal government to complete its rulemaking and issue new standards for the manufacture and modification of tank cars meant to carry crude oil or ethanol."