THE German rail market continued to grow in 2018. Figures for the first half of the year issued by the Federal Statistical Office Destatis showed expansion in the long-distance segment of 3.8% to 71 million passengers and 0.9% in regional and urban rail to 1.3 billion passengers. 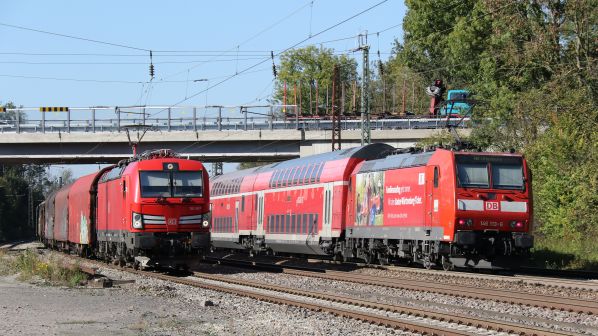 The weak performance of DB Cargo and DB Regio is translating into poor financial results for DB.

Rail freight also rebounded after the disruption caused by the Rastatt tunnel collapse in late 2017. The sector is likely to show long-term growth for 2018, not least as Europe’s long hot summer led to exceptionally low water levels in the Rhine, which caused freight to switch from barges to rail. However, Rastatt will distort year-on-year comparisons.

In contrast with the overall picture, German Rail (DB) has publicly admitted that it is in a difficult financial and operational position, which is likely to persist in 2019.

In mid-December DB was reportedly planning to increase its debt ceiling to €24bn from the previous €20.4bn agreed with the German government. Profitability is declining, and is forecast to deteriorate further despite increasing turnover - €21.6bn for DB group in the first six months of 2018, up 2.3% compared with the same period in 2017.

This situation is reflected in the difficult trading environment impacting some of DB’s German rail businesses. DB Cargo made losses in Germany and several other important markets, including Britain. DB Regio, once a major source of profitability, has lost momentum due to structural changes in the market. For example, many German states have established rolling stock companies or pools to lower the barriers to entry for DB’s competitors, making it tougher for DB to win regional concessions. In 2018 DB Regio lost the Hannover S-Bahn operation contract, the first time it has ceded an S-Bahn contract to a competitor. Transdev will replace DB from 2021 with a fleet of 64 new Stadler Flirt EMUs.

Despite significant attention and expenditure, the on-time performance and reliability of DB’s long-distance business has not improved, and continues to drag down customer satisfaction.

DB’s only long-distance open access competitor, Flixtrain, expanded services on its routes in 2018 and is now offering up to two train pairs daily on two day-time routes. Flixtrain also operates an overnight service at weekends and plans to launch two more routes in 2019.

The financial impact of the changing market means that DB will need to find new sources of cash to finance investment. One option is selling stakes of up to 100% in its DB Arriva subsidiary, which operates passenger services outside of Germany, and global logistics arm, DB Schenker. Decisions are expected in 2019. However, previous plans to sell stakes in both companies were scrapped in late 2016 following political opposition.

In spite of these woes, DB confirmed a further €1bn order for new ICE4 trains and the refurbishment of older ICE stock in late 2018. DB will introduce more ICE4 trains during 2019 as well as the next batch of its IC2 double-deck push pull trains on the Karlsruhe - Nürnberg and Stuttgart - Singen/Zürich routes. DB is clearly relying on new trains to enhance reliability.

Regional services in several areas of Germany will undergo major changes in 2019.

In Baden-Württemberg, new fleets of Bombardier Talent and Stadler Flirt EMUs will enter service around Stuttgart. Abellio and British firm Go-Ahead, with its first venture in the German market, are set to operate the services. These contracts are the first of many over the next few years in the state that will result in new trains replacing older DB Regio rolling stock, which in many cases are no longer operated by DB.

In the Ruhr region, Abellio will operate the first of the new RheinRuhr Express (RRX) Siemens Desiro HC EMUs. Delivery of the entire fleet of 82 trains, which will be operated by both Abellio and National Express, will conclude in December 2020. Infrastructure work to permit increased RRX services is underway in multiple locations.

In late 2018, the federal government published its transport infrastructure plans for the period to 2030. Included are multiple upgrading projects for existing routes and some electrification in the south and east to create better connections with neighbouring countries such as Poland and the Czech Republic, including a new Dresden - Prague high-speed line.

Several light rail expansion projects are also set to conclude during the year.

In Ulm, an entirely new second tram line opened in December 2018 with a fleet of Siemens Avenio LRVs. Smaller extensions will open in Heidelberg and Freiburg while in Chemnitz, the tram-train network is set for significant expansion in December when services are extended using an existing non-electrified heavy rail route. In addition, new tram fleets will enter service in cities across the country to replace life-expired vehicles and enable service expansion.