Ilya Shirokobrod, vice-president, head of the railway products division of Evraz (pictured), tells Keith Barrow how the company is expanding its rail production facilities in an effort to meet the needs of a diverse and dynamic market. 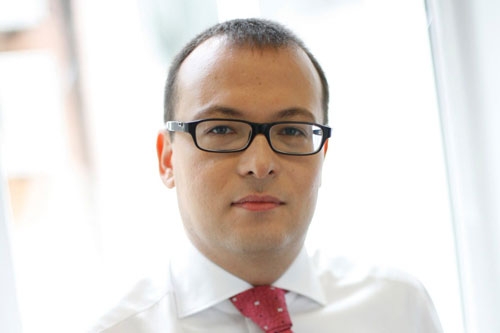 AS the market for railway infrastructure has boomed in recent years, so too has demand for rails. This dynamic sector is dominated by major steel producers, such as Nippon, Arcelor, Voestalpine, Tata and Evraz, which have invested heavily in their production facilities to increase capacity and meet the increasing appetite for specialised products such as head-hardened rails.

Evraz is investing $US 1bn over five years in its rail and wheel businesses with the aim of increasing its presence in established markets such as North America and the former Soviet Union, while expanding its business in key growth regions such as South America, the Middle East, and Turkey.

"Our strategy involves investing in our facilities to produce value-added specialised products, and upgrading our mills in order to achieve the highest technical standards," explains vice-president, head of the railway products division of Evraz, Mr Ilya Shirokobrod. "We believe vertical integration and modernisation of technology will help us to offer competitive costs."

This autumn Evraz will restart production of standard rails at its Novokuznetsk rolling mill in Siberia following the completion of a $US 600m upgrade. "The new facilities mean we can offer improved profile and precision, and better life-cycle in our rails, and we can produce straighter rails than before in 200m-long sections," explains Shirokobrod. "We can also produce a mix of rail types, including head-hardened rails, which we will offer from next August."

The modernisation of Novokuznetsk and Evraz's other Russian rail mill at Nizhny Tahil in the Urals region will increase capacity from 1 million to 1.5 million tonnes per year. This will be essential for meeting burgeoning domestic demand, and growth overseas.

Evraz has a 95% share of the Russian market and it recently signed a $US 3bn five-year contract with RZD to supply rails in lengths of up to 100m. "We will be able to satisfy the latest Russian standards and offer RZD improved life-cycle costs through this contract," says Shirokobrod. "We want to master the domestic range, but ultimately we plan to offer products meeting all major international standards for rails, starting with high-value-added types. Specialist segments, particularly in high-speed, light rail, and heavy-haul sectors have high growth potential. Trends in rail supply are geared towards accommodating higher speeds and axleloads, and longer trains."

North America is another key market for Evraz, and according to Shirokobrod it accounts for 17% of global rail consumption. At around 1 million tonnes per year, the North American rail market is roughly equivalent in scale to the Russian market, and Evraz is the largest single producer with a market share of 40%.

Here too Shirokobrod sees opportunities for expansion. Evraz is currently upgrading its rail mill in Pueblo, Colorado, in a drive to improve product quality and increase capacity by 10% to 525,000 tonnes per year. Evraz expects the North American market to grow from 1.1 million tonnes in 2010 to 1.3 million tonnes in 2020, and with around 50% of new rails coming from abroad, Shirokobrod believes the Siberian plant could also play a much greater role in meeting North American demand.

Besides rails, Evraz is also focusing on increasing its presence in the North American and European railway wheel markets. Recently the company has received approval from the Association of American Railroads (AAR) to supply a trial batch of freight wagon wheels from Russia for use in the United States.

Evraz will make its first appearance at InnoTrans (Hall 21, stand 204) in Berlin on September 18-21, where rail products from the company's Russian, Ukranian, and US divisions will be on show.