THE Australian rail freight task has grown by 115% over the past decade and rail now accounts for more than half of Australia’s freight transport activity, up from approximately 36% in 2000. 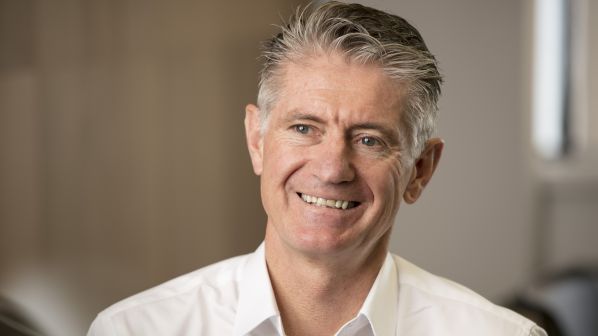 THE Australian rail freight task has grown by 115% over the past decade and rail now accounts for more than half of Australia’s freight transport activity, up from approximately 36% in 2000.

While this increase is founded primarily on growth in the transport of iron-ore and coal, rail remains central to moving many other commodities. With the exception of the iron-ore traffic that runs on privately-owned vertically-integrated networks, most other traffic is carried on common user networks.

However, there is a sense within the industry that despite rail’s obvious benefits over road transport in areas such as energy efficiency, safety, cost-effectiveness and congestion, government at all levels remains slow to adopt a number of key policy reforms.

The Freight on Rail Group (Forg) was established in 2015 to engage with federal and state governments and key stakeholders on the major public policy issues affecting rail freight in Australia.

Launching the policy initiative, Forg chair and Pacific National CEO, Mr Dean Dalla Valle, says that while governments are getting it right on rail infrastructure, other policies impacting the sector are “languishing in the age of steam.”

“As a case in point, Australia’s National Heavy Vehicle Regulator recently approved the roll-out of a 105-tonne 36.5m-long B-Quad truck on select routes between Victoria and Queensland. Don’t get me wrong, I see the obvious freight productivity benefits, but what’s the upper limit for the size and weight of trucks on Australian roads?”

“The trucking industry must be congratulated for the strength and intensity of its advocacy. Unfortunately, rail freight has become tangled in nests of technical jargon and is jumping at perceived safety risks that modern-day technology has largely eliminated.”

Forg describes how an experienced freight train driver in New South Wales (NSW) can be subjected to up to 18 months of extra training to operate on a similarly-configured rail corridor in another state or territory.

In contrast, a NSW truck driver can move from operating a semi-trailer to handling a multi-trailer combination in just two days, at minimal cost and with immediate access to thousands of kilometres of road across the country.

“What is particularly worrying, is that policies aren’t keeping pace with the delivery of upgraded rail infrastructure or the range of new and improved technologies available to the sector,” Dalla Valle says.

Forg is calling on the Transport and Infrastructure Council (TIC) of Australia - made up of the nation’s transport, freight and roads ministers - to urgently consider several initiatives to revitalise rail freight policy, including higher government priority for delivering enhanced rail freight efficiency and productivity.

Dalla Valle says this should include a programme of work in 2019 that streamlines federal and state regulations to fully utilise the proven benefits of rail freight throughout Australia’s transport supply chain.

Forg is also seeking the development of polices to deliver new innovations and efficiencies, and to do so, is calling for the rail freight sector to have a level playing field compared with other transport modes such as road and sea. “This can only be achieved by a new era of closer collaboration between government agencies which regulate rail networks, and the private companies which operate on those networks,” Dalla Valle says.

In addition, Forg sees a wider role for the Office of the National Rail Safety Regulator (ONRSR) to not only focus on safety compliance and enforcement, but also the advancement of efficiency and productivity initiatives in the sector.

Dalla Valle points out that the road sector’s National Heavy Vehicle Regulator is founded on the principles of a “safe, efficient and productive heavy vehicle industry serving the needs of Australia,” and questions why the rail freight sector does not enjoy the same level of ingrained institutional support.

He also stresses the importance of involving other federal and state government agencies in the regulation of rail freight and urges them to work closer with industry. He highlights the emergence of dedicated freight divisions within government transport agencies in recent years as “encouraging,” but says deeper engagement with private rail freight operators is needed.

Harmonisation of operating procedures and training requirements for freight train drivers and crews across state and territory borders by 2021 is another key policy change Dalla Valle says Forg will pursue.

“Outside of the busy shared rail networks of Sydney, Melbourne and Brisbane, there are very few major variations or surprises to how a freight train operates on a given railway route,” Dalla Valle says. “In the last decade, advances in communication and signalling technologies like sophisticated global positioning systems and state-of-the-art network control systems have dramatically improved train operating safety.

“During long-haul inter-state trips, train drivers will travel on multiple rail networks, each having a raft of different codes, standards and communication protocols that must be adhered to. This is an area ripe for simplification, modernisation and harmonisation.”

Dalla Valle adds that the rail freight sector regulation needs to be aligned with actual risk, not perceived risk and certainly not outdated historical risks. Forg is also calling on the Productivity Commission to investigate and quantify the impacts of mandated train driver hours on the rail freight sector, notably in Queensland and NSW.

“The trucking and aviation sectors in Australia have shifted towards greater use of risk-based approaches to fatigue management, but rail continues to be subjected to overly-prescriptive and complex rules which often produce perverse safety outcomes,” Dalla Valle says. “For example, changing over train crews when outer limits of service are reached, irrespective of the location of a train on the network, results in staff driving back and forth on roads between depots and locomotives; creating unnecessary road safety risks and added operating costs.

“Freight trains can often be delayed on the network because of problems beyond the control of operators. Mandated hours for train drivers are inflexible; removing the ability for freight operators to deal with these unforeseen events with any degree of agility.”

Therefore, Forg is calling on governments to recognise rail freight sector’s significant contribution to reducing both accident costs and carbon emissions in Australia’s transport supply chain. “I don’t see any of these factors being adequately built into charging models for transport,” Dalla Valle says. “Long-overdue and much-needed reforms in the critical policy area of heavy vehicle road usage pricing have largely come to a grinding halt and regulators continue to be preoccupied with targeting diesel emissions from freight locomotives.”

The Australian government’s own figures suggest freight and passenger rail transport accounts for a mere 4% of total transport sector greenhouse gas emissions. In comparison, the report found heavy vehicles accounted for more than 20%, with this predicted to grow to almost 30% by 2030.

Dalla Valle maintains ‘policy prejudice’ against rail will result in added regulatory burdens for freight operators, needlessly driving up operating and compliance costs in the sector.

He says rail freight operators have worked hard over the last two years to develop a detailed and comprehensive national code of practice for diesel emissions for existing and new locomotives. And as the sector heads into 2019 he called on governments to acknowledge this work and respond accordingly.

“The code has been endorsed by the Rail Industry Safety and Standards Board and is set to be rolled out in December this year - I sincerely hope governments across the country recognise the efforts of industry, as opposed to reinventing the wheel,” Dalla Valle says.