Northwest Rail due to begin construction 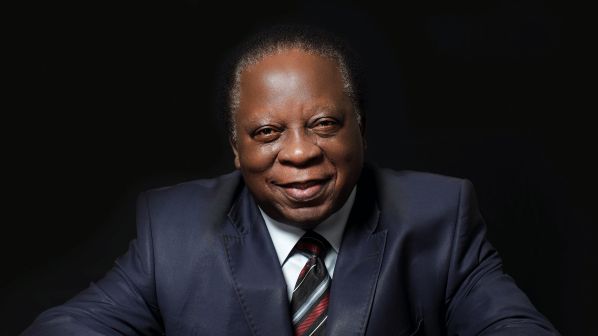 ZAMBIA’s Copperbelt region has long been associated with the mining of the mineral that gives the region its name. But in recent years, it has been the neighbouring area to the west that has seen major increases in the amount of copper produced.

However, while the newer mines have been increasing capacity, much of the infrastructure required to process the copper ore such as smelters remains based around the older mines in the east. The ore is currently carried by road, but this is having a major impact with the government forced to spend $US 100m repairing the road network last year.

In order to alleviate this pressure on the roads, former Zambian vice president, Mr Enoch Kavindele, is spearheading the construction of the North West Rail (NWR) line. Phase 1A will run from Chingola, in the Copperbelt Province, to Solwezi, in the North-Western Province. Phase 1B will see the line extended to Kalumbila, while Phase 2 will take the line to the Angola border, where it will eventually be connected with Angola’s Benguela line at Luacano.

The overall project will cost an estimated $US 1.5bn, with Phase 1A costing $US 500m.

The 166km Phase 1A will link the existing north-south rail corridor at Chingola with the new Solwezi freight terminal. The line will also connect with the recently upgraded D-271 road to Kipushi on the Democratic Republic of the Congo border, creating a new export corridor for Katanga mining production.

Ore will be carried from Solwezi to Chingola, where some processing could occur, before the mineral is exported overseas via either Durban, in South Africa, or Dar es Salaam, in Tanzania.

“Zambia is landlocked, so we are trying to make it land-linked,”

Following the completion of Phase 2, the line will also create an important, more direct corridor to the west coast of Africa, allowing freight to be exported via Angola’s Lobito port.

The line will run through the middle of what is known as the Lobito corridor, an area that includes four provinces in Angola (Huambo, Benguela, Bei and Moxico), four provinces in The Democratic Republic of Congo (Kantanga, Tanganyika, Lomami and Lualaba) and the Copperbelt and Northwestern provinces in Zambia.

The land surrounding the corridor is ripe for development, Kavindele says, with mining giants Rio Tinto and BHP Billiton granted mining licenses alongside a number of Chinese companies.

In 2018, the African Development Bank (ADB) provided a $US 1.8m grant to finance the Lobito Corridor Trade Facilitation Project to map out a strategy for its development. The region could also be developed for agriculture, Kavindele says, with these industries all likely to use the new line.

“Zambia is landlocked, so we are trying to make it land-linked,” he says. “The existing rail lines go from Zambia to Zimbabwe and South Africa, while the other one goes to Dar es Salaam. This is now the western section.”

In November 2020, NWR signed a cooperation agreement with Uroven, Britain, and Transmashholding (TMH) subsidiary Smart Operations to build Phase 1A. The partnership will develop a Bankability Feasibility Study (BFS) for Phase 1A, which is scheduled to be completed in the first quarter of 2021. The study will include a land survey and will also examine the required land acquisition process.

Following the completion of the feasibility study, Smart Operations will lead and execute Phase 1A of the project, together with selected partners. The company is set to deliver a holistic solution which includes supplying advanced control and maintenance systems, constructing the line and supplying locomotives and wagons. NWR is also in discussions with a British manufacturer to supply sleepers for the project.

Kavindele says some preliminary works are underway, but main construction cannot begin immediately due to the seasonal heavy rain in the region.

Kavindele admits that raising finance for projects in countries such as Zambia is not an easy task, but he says progress has been made. The government has supported the project by supplying the land, while the funding is being provided through loans from the various development banks operating in Africa.

The line is expected to be operated by a private company with the revenue from the line used to repay the loans.

Zambia made business headlines for all the wrong reasons towards the end of last year. The government failed to pay an overdue $US 42.5m Eurobond coupon before a 30-day grace period expired on November 13, marking the country as Africa’s first pandemic-era sovereign default.

But Kavindele says this won’t affect the funding of the NWR line.

“As far as I know it doesn’t have any effect at all on the project,” he says.

“This is a private sector driven project. The mines must still operate so the copper must still go to the market, so therefore the impact is lessened.”

The government support for the project has also been important to see the project progress in light of the strong road lobby, which is concerned the line will remove their business.

“We’ve overcome this because we’ve got government licenses, government support through providing the land, and government participation in the project,” Kavindele says. “Unlike a mine, rail is going through many counties so government support is vital.” This support provided a conduit thought which NRW could explain the benefits the line would bring to the people living alongside the line.

The project has also been able to escape the worst effects of the Covid-19 pandemic, thanks to the country’s strong response. The biggest challenge caused by the pandemic has been the restrictions on bringing external expertise into Zambia, but work has been able to continue.