Public transport gears up for recovery 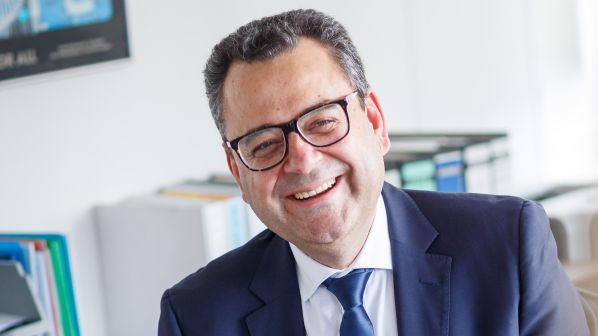 2020 was a year unlike any other. The onset of the coronavirus pandemic in March left normally bustling urban rail networks deserted as people heeded government advice to avoid all non-essential travel and to stay at home.

Ridership plummeted to around 10-15% of normal levels on networks across the world until lockdown measures eased in July and August. But with operators maintaining an almost full service to provide essential transport for key workers, their losses mounted.

In June the International Association of Public Transport (UITP) projected a €40bn hit for European public transport operators by the end of 2020. And as the end of the year approached, Mr Mohamed Mezghani, secretary general of UITP, says unfortunately the prediction has not changed. Indeed, he says the actual losses are expected to be much higher.

Inevitably there were variations in the impact of the crisis around the world.

In Asia, ridership has returned to something resembling normal, a symptom of the efficient handling of the crisis by governments. In contrast in the United States, where the response has been heavily criticised, public transport ridership remains extremely low. Despite an initial outlay of $US 25bn through the federal government’s Cares Act, some US public transport operators and authorities were seemingly on the brink as IRJ went to press.

Many were threatening to withdraw a great proportion of their services unless they receive further financial support.

Europe falls between the two, according to Mezghani. He says cities such as Vienna, Berlin, Oslo and Stockholm performed relatively well, recovering to 80% of passengers in the summer despite limitations on social activities and people continuing to work from home.

London’s peak time ridership returned to around 60% of pre-pandemic levels during the summer months. However, it has since dropped off again and Mezghani says network performance reflects the evolution of the pandemic in each country and measures introduced to curb the spread of the virus: capacity on Italy’s metros is restricted to 50% of normal whereas such limitations do not exist in France, while in Spain, social distancing applies to standing but not seated passengers. In Belgium, people are legally mandated to work at home, impacting ridership, but this is not the case in other countries.

There are also variations in the level of financial support provided by government to support public transport operators suffering from dramatic falls in revenue and the increased costs of sanitising trains and stations.

The good examples according to Mezghani are in the countries where governments anticipated the cost of the crisis. In Norway, for example, the government acted in the first few weeks to provide appropriate support, which has continued. However, in France, Mezghani says operators threatened to stop running services before the government stepped in. It was a similar situation on London Underground this autumn, while in Spain the support has been woefully short of what is required. “A few million euros for a country like Spain is ridiculous,” Mezghani says.

“Generally, the support is not enough because we haven’t been prepared for the second wave of infection,” Mezghani continues. “When the situation was discussed with governments in June, it was with the plan that we could restart a normal service in September and October after the summer holidays. But this is not the case and now we have a situation that is worse and that is why additional support is needed.”

“While largely prepared for crisis situations caused by terrorist incidents, public transport was not as well equipped for a health crisis as it might have been.”

Thankfully in most cases traffic during the second wave has not returned to the lows experienced in March, April and May, staying at around 50% in most cities.

“That is because people now have the evidence that public transport is Covid safe with the risk of infection negligible because trains are disinfected and well ventilated, and travellers wear masks and don’t talk to each other much,” Mezghani says. “This is restoring trust in public transport.”

While largely prepared for crisis situations caused by terrorist incidents, public transport was not as well equipped for a health crisis as it might have been. Operators and authorities had to adapt quickly to new cleaning regimes and social distancing of passengers and staff. UITP has helped to coordinate an industry-wide response to the crisis throughout the last nine months. The association set up various task forces and working groups with members on issues ranging from flattening the peak, restoring trust among passengers and occupancy monitoring.

UITP also facilitated the calls by coalitions of operators for increased government support in June, and linked up with the International Union of Railways (UIC) and European Rail Industry Association (Unife) to urge European decision makers to place public transport at the centre of a post-Covid-19 world. Similarly, the association maintained its work to push public transport in upcoming research and development programmes.

In addition, UITP launched its Guardians of Mobility campaign to highlight the key role that public transport workers were playing to keep public transport services safe and operational during the first wave of the pandemic. Among the participants were Taipei Metro, New Jersey Transit, Moscow Metro and Wiener Linien in Vienna.

“Our members know how vital those who work in the sector are to facilitating our mobility,” Mezghani says. “The levels of engagement in this campaign were brilliant. We had support from operators, authorities, mayors and government ministers in many countries around the world.

These workers, our guardians of mobility, have worked tirelessly to make passengers feel safe and have taken risks themselves to keep modes of transport clean.”

Looking ahead to 2021, Mezghani says it will be a year of recovery for public transport, a year to restore confidence and to welcome back passengers.

The Future of Mobility post Covid-19 study published by UITP and Arthur D Little in July called on policy makers and public transport authorities to seize upon the opportunities presented by the pandemic. Indeed, the study says that with the exception of passenger growth, 11 other trends in three areas - global, behavioural, and technology/market - are likely to be accelerated by the crisis.

The study says this will open up opportunities to drive positive change. However, it says that 50% of operators are “stuck in the middle,” recognising the need to make necessary changes but struggling to make this happen.

Mezghani says the first priority for these operators must be to restore trust in public transport, focusing on two responses: rational and emotional.

“The rational level is about sanitation, disinfection, ventilation and managing the crowd, but also about wearing masks and refraining from talking in public transport - the core responsibilities for the operators and the passengers,” Mezghani says. “It’s also about communicating scientific evidence and using this evidence to show that public transport is not a risky place and to reassure passengers that it is safe to use these services.”

The emotional response emphasises provoking a positive feeling among users of public transport, such as Wiener Linien’s decision to renew staff uniforms during the middle of the crisis in order to convey a different image of public transport. “They also organised a contest inviting travellers to take selfies when travelling which were then displayed on screens across the network,” Mezghani says.

“It is also important to show what public transport is doing for healthcare personnel and other key workers. In Milan they produced the video clip from the public transport operator, which is conveying messages built with testimonies they received from their travellers during the crisis. This is a very emotional compilation and it conveys a positive message by highlighting a sense of satisfaction of using public transport.”

Of course, with passenger ridership remaining low, public transport operators are set to face continuing financial difficulties. A study carried out in Victoria, Australia, found that coronavirus will result in public transport use falling by 20% in the centre of Melbourne and 8% in the periphery as people continue to work from home, only travelling to work one or two days a week. The study projects that it will take seven years for ridership to return to previous levels.

Mezghani says operators will have to adapt their services to this trend and admits that many may struggle to survive. More people may also use their cars adding to congestion and pollution and he says governments and decision makers need to be ready to respond to the change in circumstances. “Sustainable transport is the only way to make cities more liveable in the future and ensure that our economies come out of this crisis stronger,” Mezghani says.

Another encouraging trend that the crisis also looks likely to accelerate is the take up of digitalisation. Mezghani says this will help to make operation more efficient by enabling the adoption of predictive maintenance practices and increases in network capacity. It will also improve the relationship between operators and their customers. For example, by enhancing management of crowded spaces and vehicles, and facilitating contactless ticketing and ultimately Mobility as a Service (MaaS).

Mezghani says UITP will also continue to remind politicians and decision makers of the value of public transport to curb climate change, a socio-economic trend that was increasingly defining the agenda before the pandemic and which will accelerate in importance in the years ahead.

Among the messages UITP is pushing is its Build Back Better campaign, which emphasises what a future would look like with or without public transport. The association is also beginning to look ahead to the delayed COP26 event, which is now scheduled for December 2021 in Glasgow. UITP has participated in each of the recent COPs and announced during the recent Road to COP26 event that if it secures the necessary support, the global public transport sector can achieve net zero greenhouse emissions in a cost-efficient manner by 2050.

“To realise this ambition, we will mobilise our actors and members during 2021 into the Unesco Race to Zero initiative for COP26 by encouraging them to urgently pledge and pursue these ambitions to curb climate change,” Mezghani says. “UITP is the first global transport organisation to support this race to zero, an initiative which mobilises a coalition of leading net-zero initiatives representing 452 cities, 22 regions, more than 1100 businesses, 45 of the biggest investors and 549 universities. Collectively, all these actors now cover nearly 25% of global CO₂ emissions and over 55% of GDP. It’s huge. And we are really proud to be a part of it and will deploy a number of activities during the year to start implementing this.”

2020 has no doubt been a difficult year. However, for Mezghani, even in the depths of the crisis, public transport showed itself as an essential social service. As the sector emerges from the crisis in 2021, Mezghani plans to leverage its silver linings to make UITP more vocal and advocate more for the sector. He also plans to oversee a diversifying of its offer to adapt to the new needs presented by the crisis.