Rumo pushes on despite slow economy 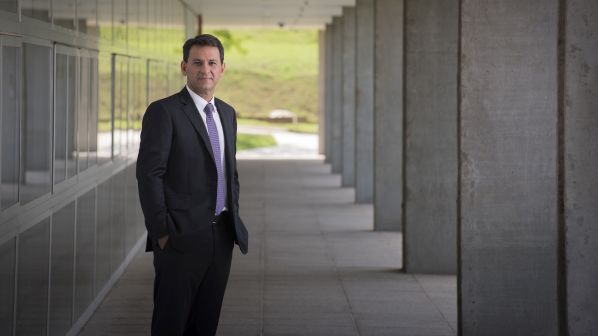 THE Brazilian economy is beginning to recover, but the pace is still slow. According to the Central Bank of Brazil, GDP growth in 2019 was expected to close at 0.99%. Despite this modest result, Rumo Logistics, the largest rail freight company in Brazil, has much to celebrate.

Rumo achieved growth in volume, revenue and profit in 2019, and won the auction for the concession for part of the North-South Railway. At the end of November, the Federal Court of Accounts (TCU) approved the early renewal of the Paulista network concession that serves São Paulo state and the port of Santos, the most important in Brazil.

“Now that Brazil’s National Land Transport Agency (ANTT) will make the amendments to the contract requested by TCU, signing the contract with the Ministry of Infrastructure will enable an investment of around Reais 7bn ($US 1.7bn) over five years in works to reduce urban conflicts and expand capacity, among other things,” says Rumo’s CEO, Mr João Alberto Abreu, who took office in April 2019.

According to Abreu, there will be a 150% increase in transport capacity on the Paulista network from 30 to 75 million tonnes annually. “This will increase the transport efficiency of Brazil’s agribusiness and the movement of industrial products throughout the interior of the country,” he told IRJ.

Winning the North-South Railway (FNS) auction in March 2019, considered to be the backbone of the country’s logistics operation, was a major achievement. “We will call the line Central Network,” says Abreu. “We have started the railway completion works, and the fleet is scheduled to arrive in the second half of 2020 to enable operation to start between Anápolis and Imperatriz. The southern section should start operating in the first quarter of 2021.”

“FNS has a huge synergy with the other Rumo railways and in an optimistic scenario we expect to move 25 million tonnes of grain by 2028,” Abreu says. “Another advantage is the diversity of products in the region. We have the potential to transport bauxite, fertilizer, biofuels and especially containers, opening a universe of commercial possibilities. Our initial impression is that the potential market on the Central Network is above what we expected.”

Following the signing of the early extension of the Paulista network, the company’s next goal is the extension of the North Network, which crosses Mato Grosso state and with Paulista forms the most important logistics rail corridor in Brazil.

In the first nine months of 2019, Rumo generated net revenues of Reais 5.4bn, 10% more than the Reais 4.9bn it generated in the same period of 2018. However, the greatest achievement is the company’s profit growth. In the first nine months of 2019, it reached Reais 583m, almost 4.5 times more than during the same period of 2018.

“There was a decline in soybean production and exports in the 2018-19 crop, but we have already projected growth of 5.2% for the next period, with production breaking a new record and reaching 121 million tonnes. Of this, 70 million will be exported, of which 33.1 million will be produced in Mato Grosso - two factors that encourage us to prepare to meet growing demand.”

“Customers say what they want, and we build the best logistics solution for them. The result of this strategy speaks for itself.”

Abreu says Rumo also achieved growth in fuel, sugar, pulp, pesticides, containers and fertilizer, with the latter growing by 75% in the first three quarters of 2019.

Rumo’s intermodal operation is carried out by Brado, which was set up specially for this. “We believe in the huge potential of the domestic market, and we are focusing intensely on multimodality to ensure high quality customer service,” Abreu says. “Customers say what they want, and we build the best logistics solution for them. The result of this strategy speaks for itself. Comparing the first three quarters of 2018 and 2019, we grew by 25%, to reach about 60,600 containers.”

Rumo invested around Reais 100m in Brado in 2019 including the acquisition of 148 double-stack wagons. Brado has had more success in being able to overcome the challenges of operating double-stack trains in Brazil than other operators.

Abreu says that the outlook for rail freight is very positive. “We believe that Brazil’s economy could be even stronger, because the current government has been working hard to integrate several key investments into our infrastructure,” he says. “We predict an average annual growth rate of 10% over the next five years. By 2023, we estimate a total product movement of between 88 and 94 billion net tonne-km.”

While most Brazilian companies have cut or suspended investment in recent years due to the economic crisis, Rumo has bucked the trend. In 2018, Rumo invested Reais 2bn, rising to around Reais 2.1bn in 2019, and Abreu says it will invest Reais 13-15bn between 2019 and 2023.

For example, to meet growing demand for corn traffic, Rumo invested Reais 206m last year to expand storage capacity by 150% at the Rondonópolis (MT) grain terminal, the largest in Latin America. Abreu says there is “huge potential for expansion in our southern operation, since today 70% of cargo still arrives by road at the ports of Paraná, Santa Catarina and Rio Grande do Sul.”

This year, Rumo plans to extend train length from 80 to 120 wagons, operate more double-stack container trains, and promote further development at the ports of Paranaguá and Santos.

Rumo is aware of the need to be more eco-friendly. It cut diesel consumption by 6.2% in the third quarter of 2019, mainly by improving energy management in the way trains are driven. Rumo has started to introduce semi-automatic train driving technology, for example, while Trip Optimiser is being used as a driver aid to maintain the appropriate speed for each section of track to optimise fuel consumption.

In Abreu’s opinion, Brazil’s rail sector is undergoing a level of transformation never seen before. “We need to recognise the brilliant work being done by the Ministry of Infrastructure and ANTT,” he says, pointing to Brazil’s integrated vision for infrastructure. “As a concessionaire, we have been working and investing a lot as well. There is a need for investment in rail, and early renewal of rail concessions represents an important trigger for the development of the country’s infrastructure. In a scenario of negative interest rates and available capital, it is an opportunity that Brazil cannot waste. And we will not,” he concludes.